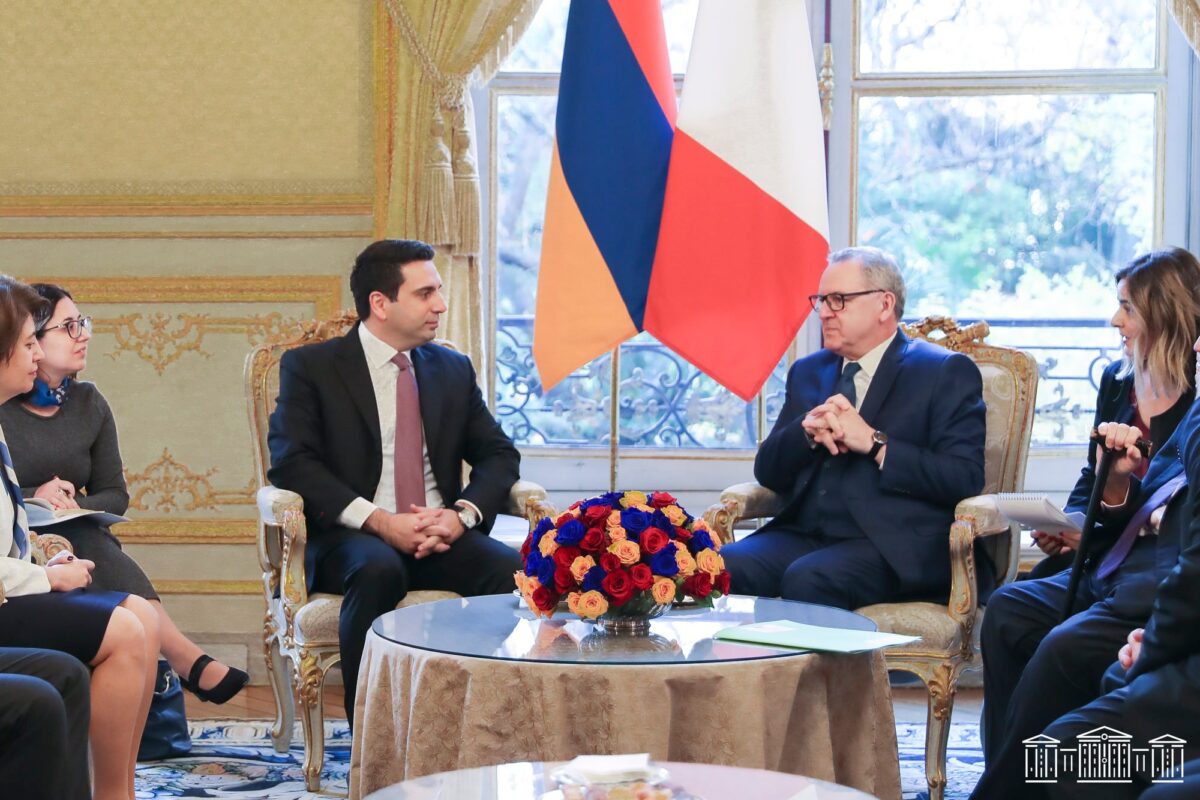 On November 23, the delegation led by ANRA President Alain Simonyan, who is in Paris on a working visit, was received by the President of the Senate of the French Republic Gérard Larcher.

Alen Simonyan thanked Mr. Larcher for the invitation to participate in the conference entitled “Armenia after one year”. The President of the French Senate, in turn, thanked for accepting the invitation, noting that they are closely following the situation in Armenia and are well aware of post-war developments.

The conference comes exactly one year after the French Senate adopted a resolution on the need to recognize the Republic of Nagorno-Karabakh and 20 years after the adoption of the law on the recognition of the Armenian Genocide.

Alen Simonyan noted that the two historical events are exceptional manifestations of solidarity with Armenia and the Armenian people, and unique examples of unanimity in the internal political life of France. In this context, the Armenian side welcomed the adoption of resolutions by both chambers of the French parliament condemning the Azerbaijani aggression against Artsakh and the need to recognize the Nagorno-Karabakh Republic, as well as the humanitarian aid provided by the French government and various organizations. .

The parties referred to the provocative and aggressive actions of Azerbaijan on the border with Armenia, noting that Azerbaijan violates the trilateral declaration of November 9, 2020.

Providing details on the post-war situation, Alen Simonyan stressed Armenia’s call for a clear and targeted response from international partners to these actions of the Azerbaijani side, which seriously endanger peace and security regional. The parties stressed the importance of the process of peaceful settlement of the Nagorno-Karabakh conflict under the auspices and mandate of the OSCE Minsk Group Co-Chairmanship. During the conversation, attention was drawn to the need for an urgent resolution of post-war humanitarian issues, including the repatriation of all prisoners of war and civilian hostages.

The parties referred to the firing towards Armenian positions located near the village of Norabak in the Gegharkunik region from the Armenian-Azerbaijani border a few hours before the meeting, which saw the Armenian soldier Suren Safaryan killed, noting that the aggressive actions of Azerbaijan are also an attack on democracy. .

The interlocutors spoke about the important role of interparliamentary cooperation in the development of interstate relations, as well as the dynamics of high-level Armenian-French political dialogue.