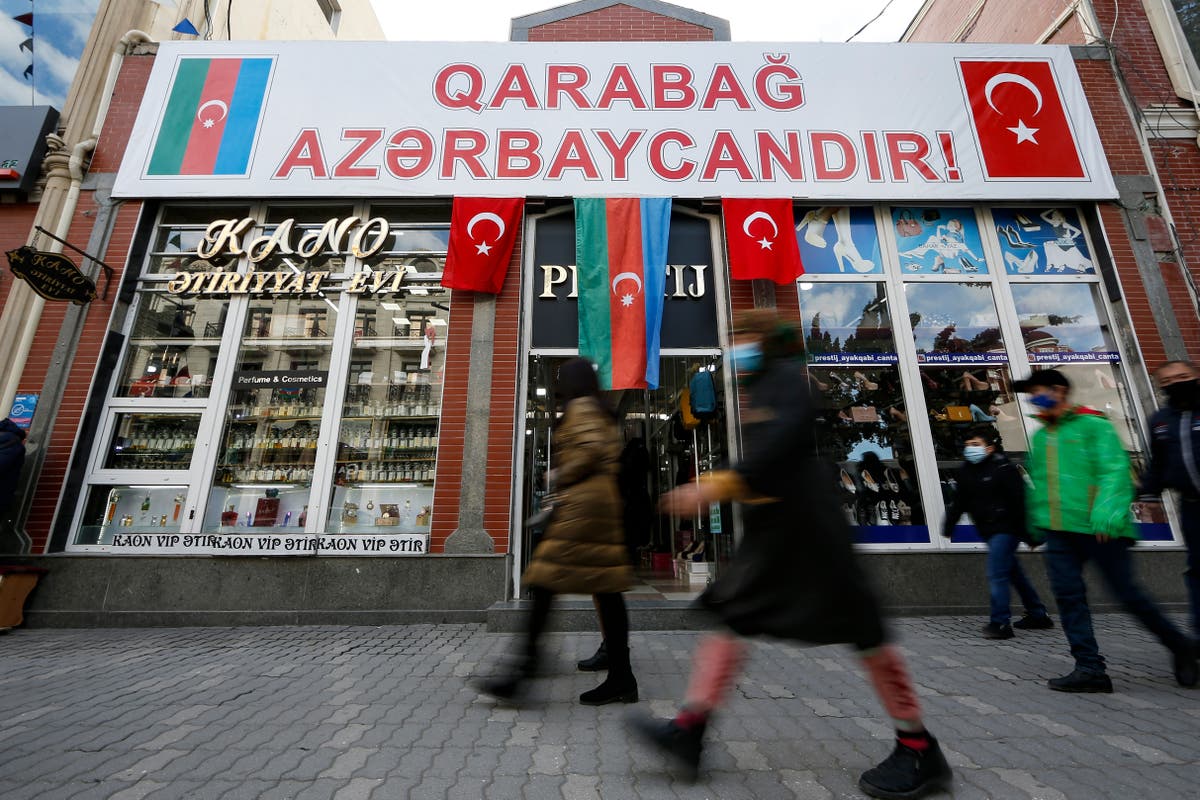 Azerbaijani officials criticized a resolution passed by the French Senate urging the French government to recognize the breakaway region of Nagorno-Karabakh as an independent republic.

The resolution, adopted on Wednesday, is symbolic and does not mean that the French government will recognize a sovereign Nagorno-Karabakh, but sends a message of support to the large Armenian community in France. No UN member state recognizes the region, over which Armenia and Azerbaijan are locked in decades-long conflict, as independent.

Nonetheless, the move sparked outrage in Azerbaijan, which has previously criticized France for taking a “pro-Armenian” stance in the dispute.

Several dozen people demonstrated Thursday in front of the French embassy in the capital, Baku, chanting “France, be fair!” The Azerbaijani Foreign Ministry said in a statement Wednesday evening that the document could only be considered “as a provocation” and stressed that it “has no legal force”.

Azerbaijani presidential aide Hikmet Hajiyev denounced the resolution on Thursday as a “piece of paper adopted to serve narrow political ambitions”, and said that the “pro-Armenian open position (…) has become one of the main factors impeding the peaceful resolution of the conflict. . ”

The Azerbaijani parliament urged the country’s government to contact the Organization for Security and Cooperation in Europe in order to revoke France’s status as co-chair of the Minsk group set up by the Organization to arbitrate the conflict between Nagorno-Karabakh. Parliament also called on the government to “reconsider existing political relations” with France.

Nagorno-Karabakh is located in Azerbaijan but has been under the control of Armenian ethnic forces supported by Armenia since 1994. This war left Nagorno-Karabakh itself and important surrounding territories in Armenian hands.

The fierce fighting that erupted in late September marked the biggest escalation of a long-simmering conflict between the two ex-Soviet countries.

The violence was stopped by a truce negotiated by Russia two weeks ago. The agreement stipulated that Armenia cede control to Azerbaijan over certain areas it holds outside the Nagorno-Karabakh borders and was celebrated in Baku as a major victory.

Two of the three territories mentioned in the agreement have already been handed over to Azerbaijan.