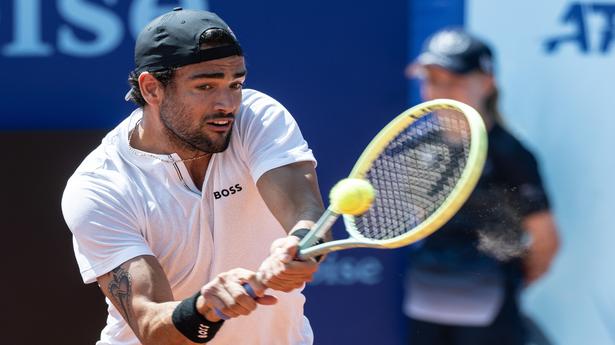 Here are the latest updates from the ATP and WTA tour events.

Matteo Berrettini halted Dominic Thiem’s ​​impressive return to the courts on Saturday by crushing him 6-1, 6-4 to set up a clash with top seed Casper Ruud in the final of the Gstaad ATP tournament.

The Italian world number 15, playing his first event since having to pull out of Wimbledon with Covid, made short work of the 2020 US Open champion, knocking him out in just 77 minutes .

Defending champion Ruud also looked impressive as he beat fourth-seeded Spaniard Albert Ramos 6-2, 6-0 in just over an hour to set up a top-seeded clash on Sunday.

“I’m really happy with my performance,” said Berrettini, the 2018 champion at Gstaad.

“I don’t think I gave him time to play his game and that was key today.”

The week was still good for the Austrian who slipped to 274th place in the ATP rankings after a year of setbacks, including a wrist injury, depression and Covid. It was his first semi-final in 14 months.

Berrettini is heading to his eleventh career final and is aiming for a third consecutive title after victories on grass at Queen’s and Stuttgart.

In a battle of the last two champions at the clay-court event in Switzerland, Ruud dominated throughout as the French Open runner-up reached his fifth final of the year.

The Norwegian has broken Ramos’ serve five times and hasn’t faced a single break point as he is also targeting a second Gstaad title and a third this year.

Both runners-up are unbeaten in the Swiss mountains, with Berrettini winning on his 2018 debut and Ruud lifting the trophy on his first appearance a year ago.

Berrettini and Ruud are tied 2-2 in their head-to-head record, with the Italian winning their last semi-final clash in Madrid last year.

These are consecutive titles!!!

The 27-year-old has now won 12 consecutive matches at all levels, dating back to the Budapest qualifier, and 24 consecutive sets.

For Kontaveit, it was a second final loss this year after Doha, having won the title from St Petersburg in February.