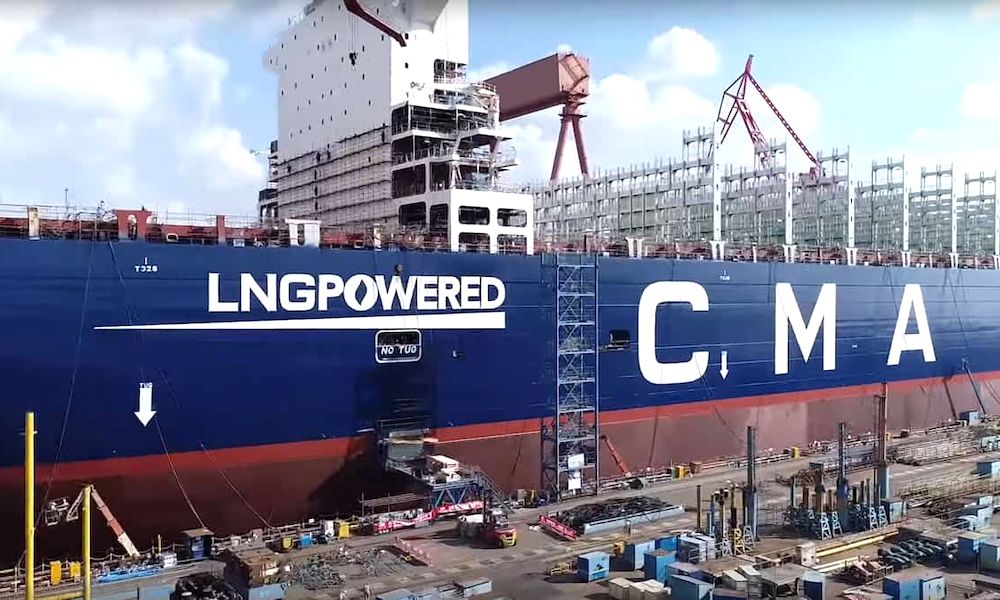 The French liner CMA CGM and its colleague from the energy group Engie are advancing their Cooperation in renewable gas fuels for maritime transport with a project to launch biomethane production in France in 2026.

The companies announced a 150 million euro ($156 million) investment plan to establish a facility at the port of Le Havre fueled by dry biomass from local wood waste sources, as well as solid fuel from recovery, to produce 11,000 tonnes of biomethane per year. An investment decision is expected at the end of the year.

The project, dubbed Salamander, is the first step towards the companies’ shared goal of producing up to 200,000 tonnes of renewable gas per year by 2028 for CMA CGM ships and the wider maritime industry.

CMA CGM is investing in dual-fuel engine technology, which currently runs on liquefied natural gas (LNG) but is also capable of using bioLNG as well as synthetic methane. The Marseille-based company currently has a fleet of 30 methane-ready vessels in service and expects to have more than double that by the end of 2026.

The Marseille-based company has also sought to further expand its energy mix by ordering its first ships which will run on methanola fuel heavily promoted by its Danish rival, Maersk.

As dealers set up outposts in Paris, Mathieu Templon explains why his French gallery is going against the grain and heading to New York