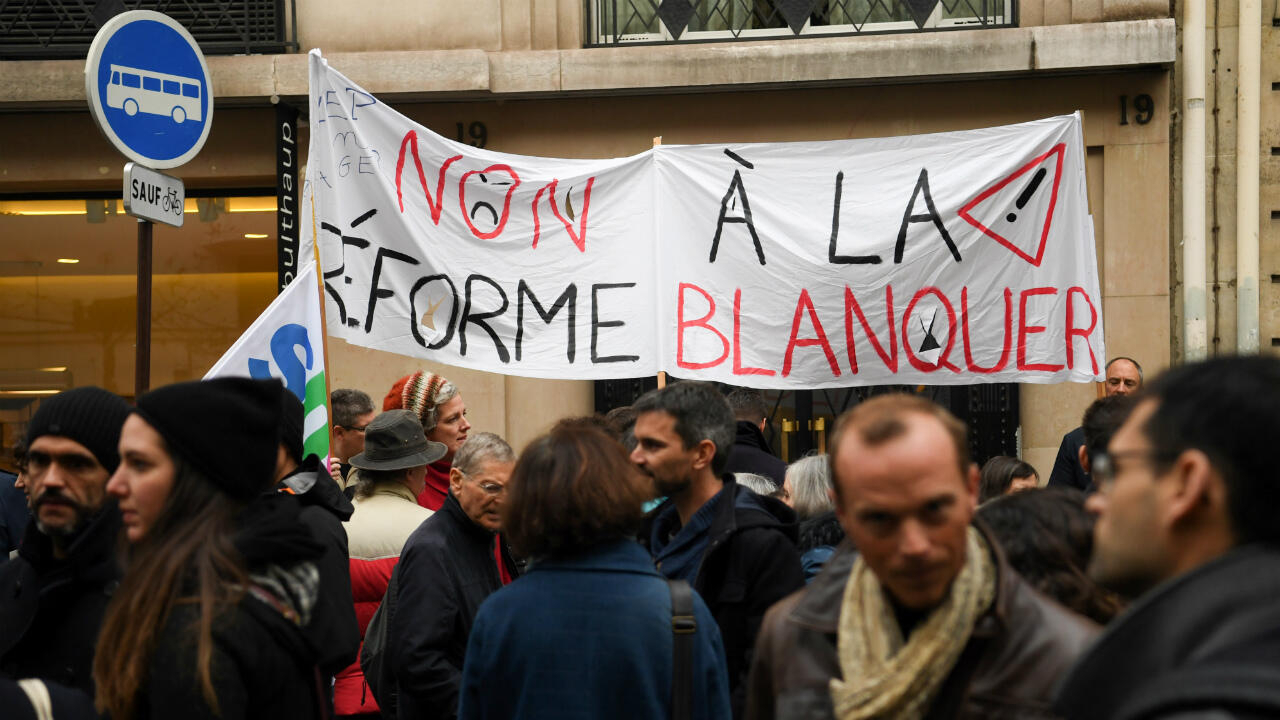 Education Minister Jean-Michel Blanquer’s school reform bill, dubbed the law to “restore confidence in schools”, will be put to a vote in the French Senate on Tuesday. But school unions say they are concerned about certain aspects of the far-reaching bill.

Blanquer’s bill on “restoring confidence in schools” was passed by the National Assembly in February and is presented to senators on Tuesday.

However, many teachers and parents are expressing serious concerns about key elements of the bill. The main primary school unions – SNUipp and FSU, UNSA and Sud – are calling on teachers, parents and local elected officials to demonstrate against her on May 18.

Compulsory education from the age of 3, teachers’ duty to set an example, teacher training, the Blanquer bill covers many aspects of national education.

“This bill emphasizes administration rather than education,” said Francette Popineau, co-secretary general of the SNUipp-FSU union in an interview with FRANCE 24.

“The bill does not solve the problem of social inequalities and exclusion. In fact, it creates new ones.

One of the strengths of the Blanquer bill is compulsory education from the age of 3. Currently, children in France are only educated from the age of 6, when primary school (Elementary School) begin. However, most children are already in kindergarten (kindergarten) from 3 years.

While unions are happy with this change, they are not convinced that there are the financial means to implement it. The FSU union considers it “a gift to private schools”. “If kindergarten becomes compulsory, private schools will automatically receive funding from local authorities, but public schools will not receive as much funding,” Popineau said.

When the bill was first drafted, the most controversial issue was the possible abolition of the role of school principal – which the unions feared as a clever way to reduce the number of civil servants. Blanquer responded to the criticisms with a column in the French daily Le Parisien, where he said the bill did not “threaten the situation between schools and their principals” and that the measure would not be imposed across France.

“Far from it,” Blanquer said in the article in late March. “If this measure were imposed everywhere in France, I would fully understand the outcry, but it is not at all the case. This will probably only affect a few dozen schools.

Article 1 of the bill also states that teachers have a duty to be “exemplary” models for their students. But unions see this as a challenge to freedom of expression.

“Teachers should keep their opinions to themselves – that’s okay,” Popineau said.

“But a teacher also needs to be able to speak out about system issues without fear of reprisal. Some teachers might feel intimidated by this new measure. However, the government responded to this criticism by saying that this measure only applies within the framework of an existing law which guarantees the freedom of expression of public servants.

A very controversial point is the training of teachers. The new law will allow students hesitant to pursue long studies for financial reasons to become trainee teachers via a so-called pre-professionalization scheme. These students will be recruited during their studies and will spend two half-days per week in a college or school.

Unions fear that these teacher assistants are “used to replace absent or missing staff.”

“It’s like asking an apprentice to take control of an aircraft after observing what the pilot is doing a few times. Would you be ready to board his plane? It’s the same for schools, ”said Popineau.