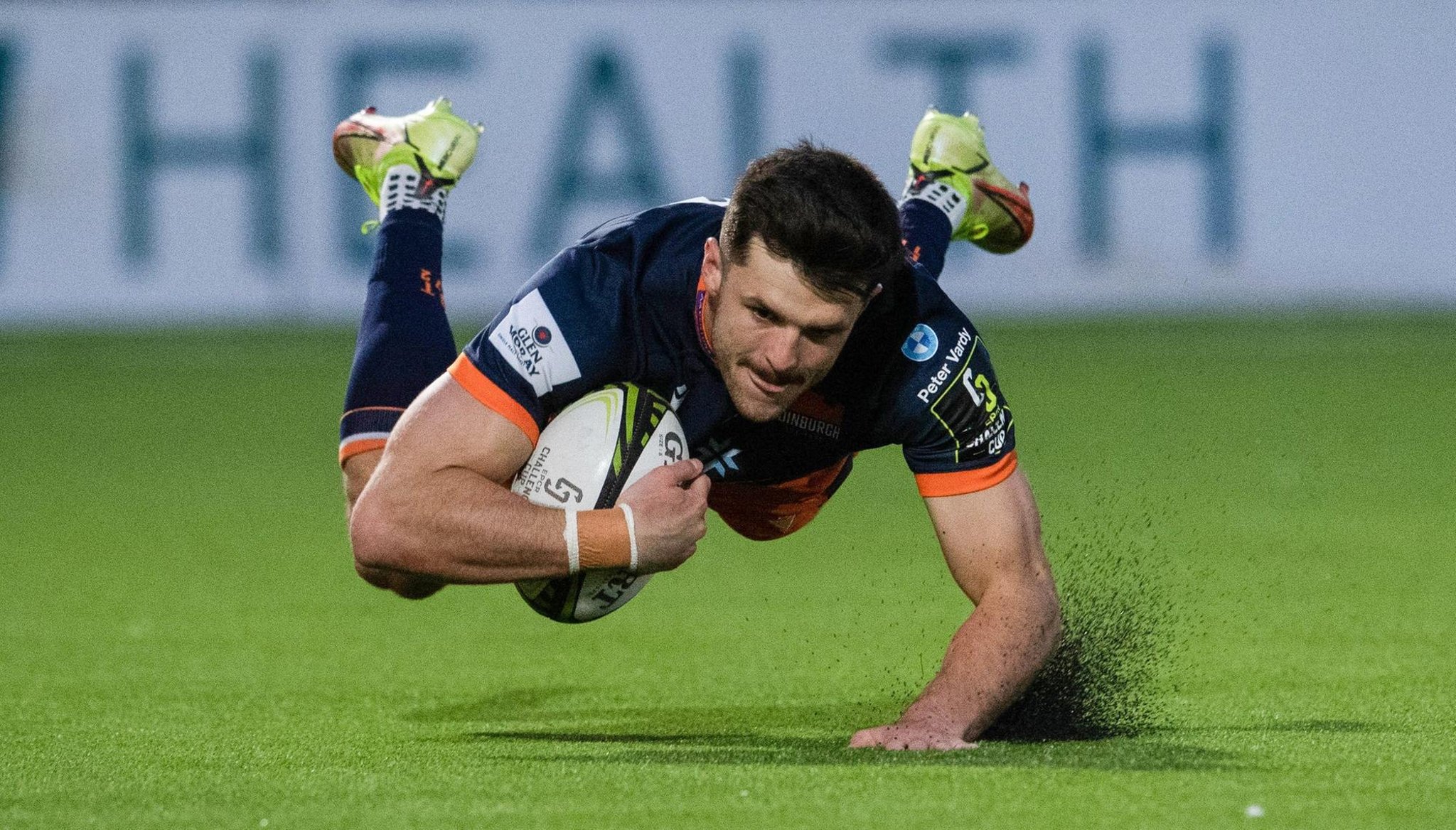 Mike Blair’s side eventually retired to win 41-19 and their reward is a draw at home to Wasps on the weekend of May 6-8.

It’s the first time in seven years that Edinburgh have won a knockout tie and the result was predicated on a strong transplant up front – with Pierre Schoeman particularly impressive – and another accomplished performance from Blair Kinghorn.

Register to our daily newsletter

The newsletter mute the noise

Edinburgh is used to fending for itself in its new home, but Bath is the kind of visitor who doesn’t do ceremony. They were ahead after one minute and 42 seconds, Underhill reaching a long left arm from a ruck after starting the move with a sweeping run. Orlando Bailey converted but then missed the chance to extend Bath’s lead when his penalty attempt went wide.

It was the wake up call Edinburgh needed and they responded with an essay by Boffelli, directed by Kinghorn. James Lang returned the ball to the dead end whose run and dummy created a three-to-one overlap, giving Boffelli the easy run. The Argentina winger’s conversion attempt drifted off the post but he edged Edinburgh 8-7 with a penalty. 13 minutes later.

The lead didn’t last long as Bath moved ahead in bizarre circumstances. Bailey, who had left his boots in the West Country, hit the post with a simple penalty but Edinburgh failed to manage the rebound. They appeared to be in control of their own line, but hesitated with the ball at the base of the ruck. Underhill snuck in and put him down and, as the ball was over the try line, there was no offside.

French referee Ludovic Cayre consulted with TMO before awarding the score, much to the dismay of home fans who responded with a chorus of boos. Bailey missed the easy conversion.

It was a poor attempt to lose but Edinburgh produced something special in response, with Lang once again stepping in as first receiver before playing the slingback pass to Kinghorn who needed no help this time so that he was making his way. Boffell’s conversion put the home side up 15-12, but in an ebb and flow game it was Bath who would take the lead at the break.

As their big men tried to force their way from close range, scrum-half Ben Spencer spotted a gap, faked himself and dived. Spencer took over kicking duties from Bailey and converted his own try to make it 19-15 for the visitors at half-time.

It was turning into an almighty battle and Ben Muncaster rose to the occasion, scoring a mighty turnover to roars of approval from teammates and supporters alike.

Schoeman was also ready for battle and embarked on two bulldozer runs which took Edinburgh to the Bath line. Marshall Sykes looked set to pass but was held off. Schoeman wasn’t going to accept that and forced his way through for the try, with Boffelli’s conversion making it 22-19 for Edinburgh.

The lead had changed hands six times and there was a feeling that the next score would be key. To the relief of the raucous home crowd, it went its way to Edinburgh, with Boffelli scoring his second try of the night after Kinghorn’s bouncing pass was dispatched by Jaco van der Walt. Boffelli converted.

Edinburgh’s tails were up and they secured victory four minutes later when Bennett held off three Bath players to ground the ball after taking Kinghorn’s missed pass.

Boyle added the icing on the cake with Edinburgh’s sixth try in the dying minutes.