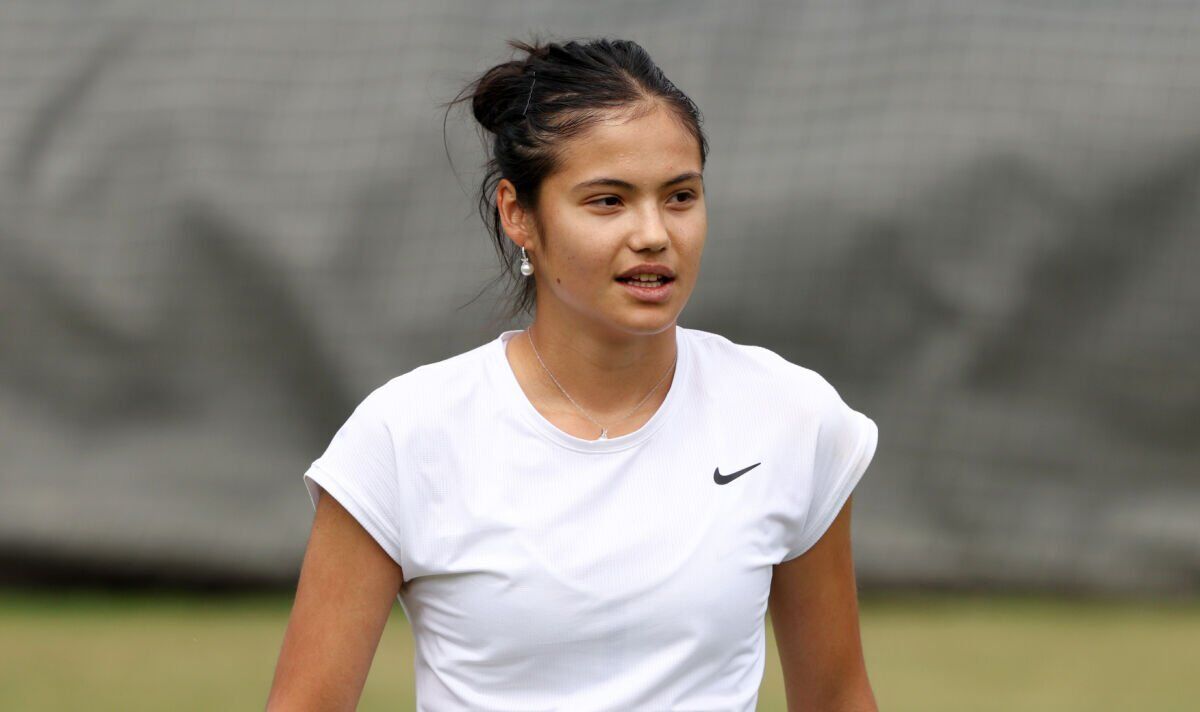 Emma Raducanu has sought the advice and guidance of childhood coach Jane O’Donoghue, a woman described as her “invisible mentor”, ahead of her second Wimbledon campaign. Raducanu has been without a permanent coach since splitting with Torben Beltz in April this year.

A turbulent training situation has marred Raducanu’s first year on the senior circuit, despite early success at Wimbledon and the US Open. A surprise run at SW19 was Nigel Sears’ last act before Andrew Richardson entered until the end of the US Open, which the teenager triumphantly won.

A partnership with Beltz then began but he was fired five months later after overseeing just 10 WTA matches which produced overall negative results. Now officially without a coach, Raducanu was seen training with O’Donoghue at Wimbledon – the woman who was instrumental in his development between the ages of 13 and 17.

O’Donoghue was a solid player in her own right, breaking into the world’s top 200 before giving up her full-time tennis association three years ago for a job in the city. Although she has played regularly with Raducanu at the training grounds this week, there is no guarantee that she will be in the coaching box on Monday or that she will continue to perform her coaching duties after the tournament.

DO NOT MISS : Wimbledon 2022 LIVE: “Never again!” Tennis fans rage over ‘upside down and embarrassing’ queues

“Jane was never on Emma’s team,” O’Donoghue’s former doubles partner Claire Curran told The Telegraph. “She’s always been an invisible mentor to Emma, ​​she’s a friend of the family. So even though she hasn’t been on the scene for the past three and a half years, she’s really been part of the Emma’s inner circle.

Raducanu struggled to maintain the level she showed in her first two Grand Slams, which saw her qualify for the Wimbledon Round of 16 and win the US Open title. Despite an accumulation of injuries, the teenager’s recent talks have been positive as she prepares for her home tournament.