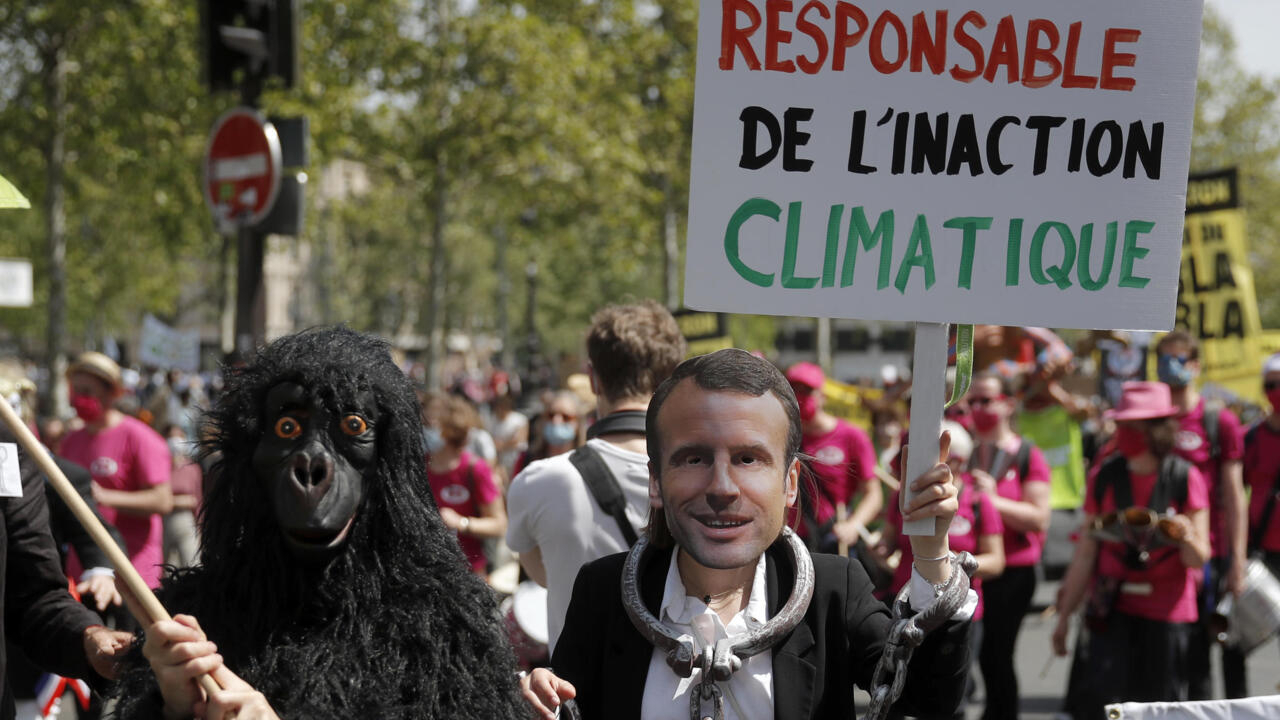 A promise by President Emmanuel Macron to hold a referendum on including climate action in the French constitution is put to the test in the Senate, a day after thousands of protesters took to the streets to demand policies more ambitious climate change policies.

Doubts were cast over whether the referendum would take place after a deputy from Macron’s La République en Marche (LReM) party accused the Senate – dominated by the right-wing opposition Republicans – of rewriting a proposal referendum adopted by the National Assembly last week.

Under French law, the two chambers of parliament must agree on the wording of a referendum before it can be submitted to the people.

In a meeting with the Sunday Newspaper, the LReM deputy Pieyre-Alexandre Anglade declared that the Senate had “emptied the referendum bill of its substance”, preventing an agreement between the two chambers.

The news added to the fury of protesters who say France will fail to meet its climate targets under the government’s broader climate and resilience bill, which is due to arrive in the Senate in mid-June.

Macron took time for a European event in Strasbourg to assure protesters that the referendum bill had not been dropped and would continue to “live his parliamentary life”, which he said was the only way to find a deal.

Emmanuel Macron on the referendum on the climate: “There will be no abandonment, this text will live its parliamentary life which alone allows to go to the referendum if the senators and the deputies agree” pic.twitter.com/gsXAjHPfxc

France has pledged to reduce its emissions by 40% by 2030, and the climate law – aimed at rolling out the 146 proposals of the Citizens’ Climate Convention – is how the government hopes to keep its promises.

Environment Minister Barbara Pompili said the legislation, perhaps the most important in Macron’s five-year term, would affect the daily life of every person in France.

It includes restrictions on domestic flights, measures to make buildings more energy efficient, a ‘carbon score’ for goods such as food and clothing, the creation of an ‘ecocide’ offense and incentives to consumption for greener cars.

However, opponents say the bill will have limited impact, arguing that bans on advertising fossil fuels should have been extended to other polluting products, and that ecocide should have been erected in ” crime “rather than a misdemeanor.

Alma Dufour, a Friends of the Earth activist, told RFI that France also had a responsibility to put pressure on multinationals that were financing fossil fuels.

“Rich countries have a duty to reduce their emissions … We know that three quarters of the African population are already affected by climate change,” she said.

“We are fighting for France, but also for the rest of the world because the climate unites us all.