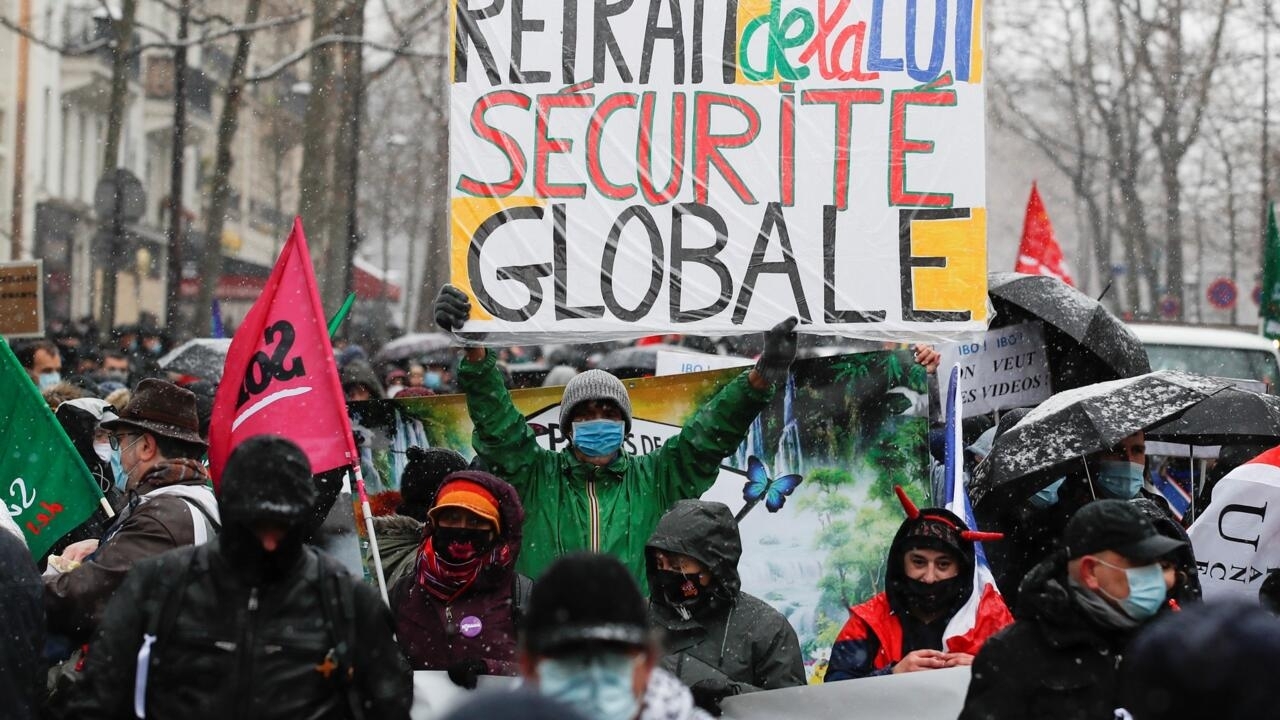 Demonstrations took place this Saturday in Lyon and other cities to protest against a global security law that was introduced by the French government in an attempt to protect the identity of police officers, but has been criticized by groups defending human rights and activists as violating personal freedoms.

According to Amnesty International, the bill “would restrict people’s ability to circulate footage of police violence and, at the same time, expand police surveillance powers through the use of CCTV and drones.”. “

Several hundred demonstrators gathered to protest against the bill, Place Bellecour in Lyon and presented several speeches by organizers and participants, but a planned concert was canceled.

While the organizers of the “NO to world security law” demonstration had promised musical events, the prefecture finally banned them.

Several interventions by journalists, lawyers, civil liberties defenders, families of victims of police violence remain on the program entitled “The spring of freedoms“.

Other cities like Montpellier also organized rallies on Saturday.

A spokesperson for the environmental movement Alternatiba, which only identified itself as Charles says: “We are witnessing a real authoritarian drift of the government which tries to muzzle any dispute, which is extremely worrying”.

Today’s demonstration aimed to reiterate opposition to the so-called “world security” law which will be debated in the French Senate from this Tuesday March 16.

Opponents claim that the law allows the use of drones, CCTV and pedestrian cameras by police, while conversely the law will restrict people filming police during their operations, henceLegislation could prevent journalists from covering police violence.

According to Marco Perolini, principal researcher on Europe for Amnesty International, “to detain people who protest peacefully against a law which would further violate their rights is a step straight out of the playbook of the” violators of the human rights “.

These dangerous practices constitute a serious threat to the rights of individuals in France.

Tens of thousands of people, including journalists, activists and others, have taken to the streets in France since November 2020 to oppose the global security bill.

While “no police officer” will be able to prevent a citizen from filming a police operation, the Minister of the Interior Gérald Darmanin specified that “publishing the face of a police officer” and “commenting with intent to harm” could constitute a misdemeanor punishable by one year in prison and a fine of 45,000 euros.

But critics say video footage – some of which was filmed by passers-by or CCTV and posted on social media before mainstream press reported on it – has allowed cases of police brutality to emerge, especially in the case of brutal beating. of the black man Michel Zecler last November.

The anti-separatism aspect of the new bill is a direct response to the beheading of school teacher Samuel Paty by an Islamist student who killed him for showing cartoons of the Prophet Muhammad as part of an education class civic policy on freedom of expression.