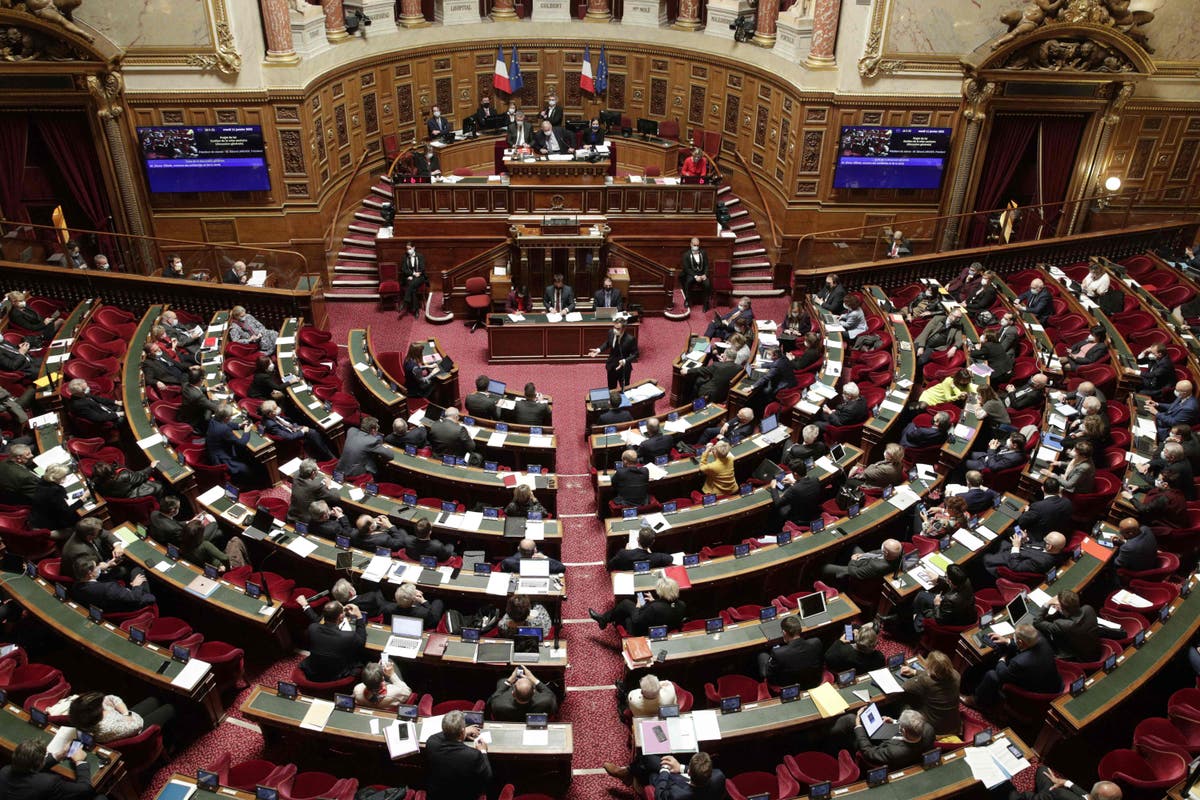 The French Senate has approved the government’s new pass for vaccines, a week after President Emmanuel Macron sparked outrage by saying the policy was part of his effort to “fuck off” fools.

The bill means that people who are not vaccinated will soon be unable to go to places such as cafes, restaurants and take long-distance public transport.

As part of the current vaccination pass, they may present a recent negative Covid-19 test result to access these facilities and services. However, this option will be abandoned by the latest legislation.

In the early hours of Thursday morning, the French upper house approved the measure by 249 votes to 63, with 26 abstentions.

Before the vote, senators had amended the government bill so that the health pass only applies to those over 18 and can only be used when hospitalizations exceed 10,000. There are currently about 24,000 Covid-19 patients in French hospitals, according to data from the Ministry of Health.

Representatives of the Senate and the National Assembly will meet later Thursday at the Palais Bourbon to try to agree on a final version of the text. If they are successful, votes will take place in both chambers this week.

Mr Macron’s La République En Marche campaign to pressure the unvaccinated comes as France struggles to contain a fifth wave of the virus.

Talk to The Parisian last week, the French president took aim at anti-vaccines, saying that “lies and stupidity” were democracy’s greatest enemy. His government would make life harder for the unvaccinated by reducing their access to social activities “as much as possible”, he added.

His opponents were quick to criticize these remarks, the far-right politician Marine Le Pen deeming them “unworthy of her office”.

France currently has the highest number of coronavirus infections in Europe. A total of 361,719 new cases of Covid-19 and 246 other deaths from the virus were announced on Wednesday.

More than 10,000 classes have had to close due to outbreaks in schools, leading teachers to demand greater protection against Covid-19 from authorities.

In a context of growing discontent, up to 75% of French teachers went on strike on Thursday, according to the teachers’ union SNUIPP.

“The situation since the start of the school year in January has created an indescribable mess and a strong sense of abandonment and anger among school staff,” he said.

Agencies contributed to this report