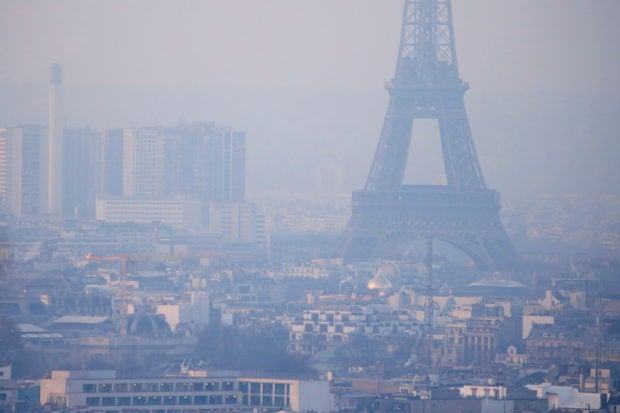 The Eiffel Tower is surrounded by a haze of small particles that hovers above the skyline of Paris, France on December 9, 2016, as the City of Lights has experienced the worst air pollution in a decade. REUTERS FILE PHOTO

PARIS – The French Senate has voted to block a referendum promised by President Emmanuel Macron on the advisability of including the fight against climate change in the French constitution, he said in a statement on Monday.

Macron had pledged to hold such a vote in response to criticism that he had not done enough to protect the planet.

The Senate, the upper house of legislative power, is dominated by the opposition conservatives. In May, he watered down a bill requiring the constitution to “guarantee” the fight against climate change, preferring less restrictive wording.

Right-wing lawmakers had expressed fears that a state guarantee would become an obstacle to innovation and French businesses.

A group of centrist senators linked to Macron’s party said in a statement Monday that the Senate vote permanently closed the door to a referendum.

The initial wording of the clause was proposed by a panel of 150 citizens set up by Macron to develop political proposals to fight against climate change.

A referendum requires that the lower and upper houses agree.