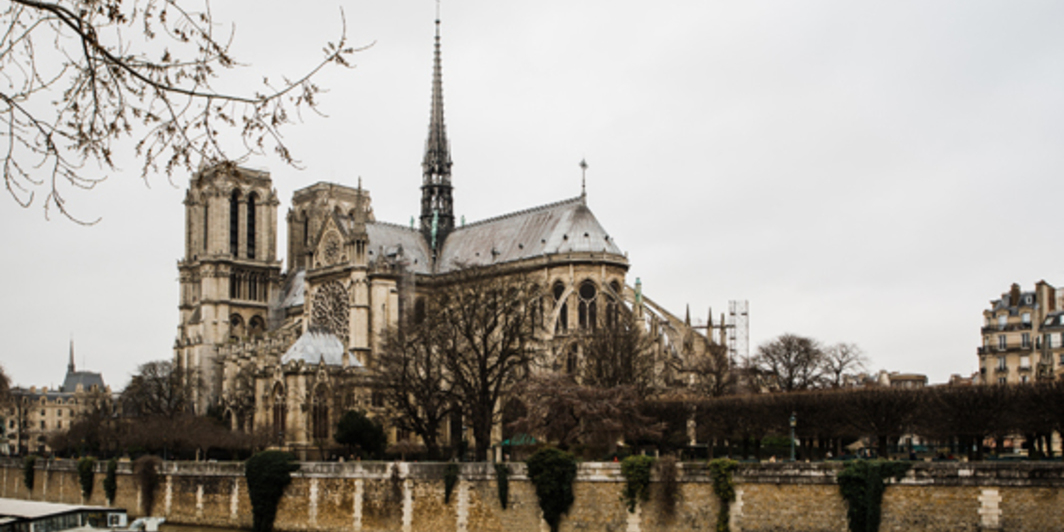 Following the fire that ravaged Notre Dame Cathedral in April, an intense debate ensued over whether the beloved monument should be faithfully restored or rebuilt to embody a more modern aesthetic. The feud over the future of the Gothic church was considered by the French Senate on Monday, May 28, but the governing body ultimately voted in favor of a restoration bill that states Notre Dame must be rebuilt exactly as it was before the fire.

The vote puts the Senate at odds with French President Emmanuel Macron, who announced that an international architectural competition would be held to generate ideas for the replacement of the iconic spire of the UNESCO World Heritage site, which s ‘collapsed shortly after being engulfed in flames. Among the proposals that had already been submitted by architects around the world were designs for a rooftop garden, a three hundred foot carbon fire flame covered in gold leaf, and an all-stained glass roof. The original spire was built in the 13th century; it was recreated in the 19th century by the architect Eugène Viollet-le-Duc.

The bill, which has already been passed by the French Parliament, will place the Ministry of Culture, currently headed by Franck Riester, in charge of the project. While the reconstruction schedule remains controversial – the government aims to complete work on the cathedral by the 2024 Paris Olympics – the Senate has removed a clause that would allow workers to bypass environmental and heritage protections for speed up the process after that. has been widely criticized by the Conservatives.

Since the Senate revised the bill, parliament will need to review and approve the changes before it is passed.