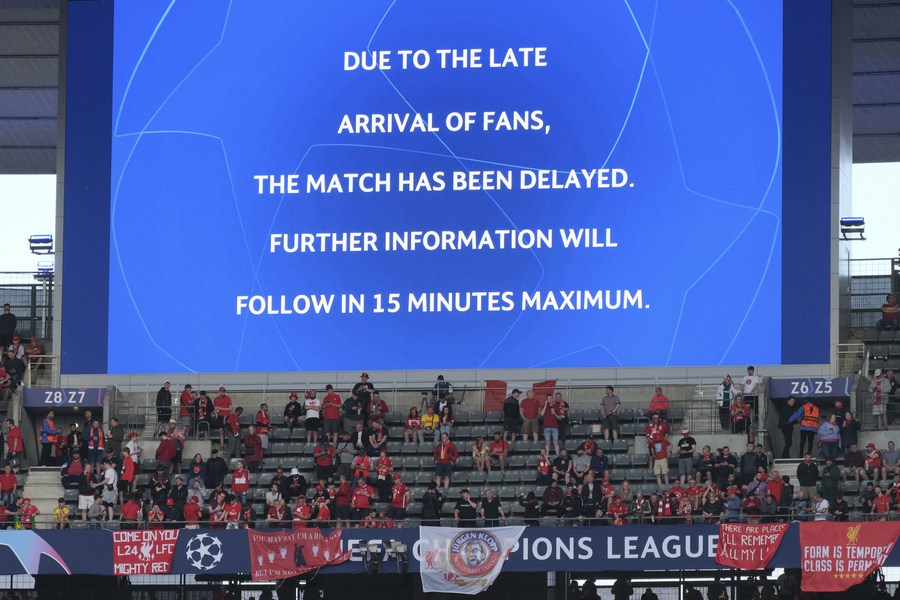 An on-screen notice announces the postponement of the kick-off ahead of the UEFA Chamiops League final match between Real Madrid and Liverpool in Paris, France, May 28, 2022. (Xinhua/Meng Dingbo)

The French Senate has questioned the interior and sports ministers about the incidents during the Champions League final at the Stade de France last weekend.

PARIS, June 1 (Xinhua) — French Interior Minister Gérald Darmanin and Sports Minister Amélie Oudéa-Castera on Wednesday attended a hearing in the Senate of the Law Commission regarding the incidents that occurred during the final of the Champions League soccer at the Stade de France on May 28, French newspaper BFMTV reported.

“It is obvious that the negative image of this match is a wound for the national image and things could have been better organised,” Darmanin told the Senate.

“We sincerely regret the unacceptable overflow”, declared the Minister of the Interior. However, he stressed that the worst had been averted.

Darmanin specifies that fake tickets were scanned before the match, precisely “2,800 fake tickets” whose same ticket was sometimes duplicated, for one 760 times, the other 744 times.

“Our mistake was probably not seeing that tens of thousands of people without tickets would go straight to the Stade de France,” he said.

According to the Paris police headquarters, the number of additional spectators in the stadium is between 34,800 and 42,800.

The Minister of the Interior apologized for the disproportionate use of tear gas. “I saw two incidents where the use of tear gas was against the rules and I asked for sanctions,” he said.

During the day of the match, 6,800 police and firefighters were deployed in Paris and Seine-Saint-Denis where the stadium is located, notes a press release from the Paris police headquarters.

“There were enough police personnel for this event,” the interior minister said.

“We are sorry for any inconvenience that may have been caused to those of the 22,000 fans who had tickets,” Oudea-Castera said.

“We’re going to have to improve,” the sports minister said of the security check.

The Senators pointed out the risks for the Rugby World Cup in 2023 as well as the Olympic Games in 2024 in France. The opening ceremony of the Olympics is already in question as to the effectiveness of security. 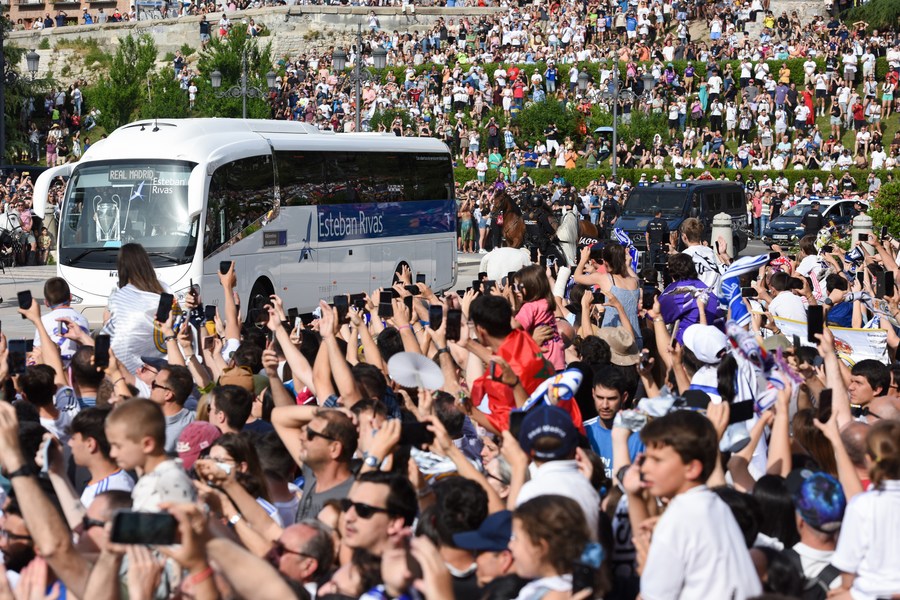 On Saturday, the match was delayed by 30 minutes due to a group of ticketless fans who had tried to “enter the stadium”, according to a French police statement.

UEFA is under investigation. The French Minister of Sports is said to have sent UEFA a request for compensation for supporters who were unable to enter the stadium. ■