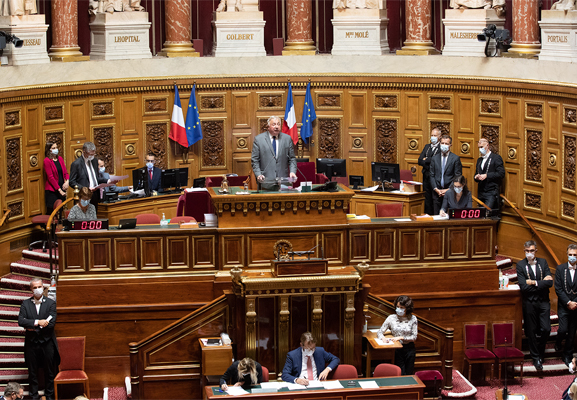 French senators tasked with reporting on the future of public service media in the country following President Emmanuel Macron’s decision to scrap the license fee have revived the idea of ​​creating a unified public service broadcaster on the model of the BBC.

The co-rapporteurs Roger Karoutchi, vice-president of the Senate, and Jean-Raymond Hugonet, of the right-wing opposition party Les Républicains, denounced the absence of proposals for reform of the public service media from the government. In a response to Macron’s justification for scrapping the license fee as a measure to combat the rising cost of living, they said that “reform of public service media funding cannot be reduced to a simple measure concerning the purchasing power of the French. ”.

Arguing that instead of reflections and proposals the government had delivered “an absolute void”, Karoutchi and Hugonet considered that there was an urgent need “for a real strategic project”.

They called for the accelerated unification of France Télévisions, Radio France, France Médias Monde and the National Audiovisual Institute (INA), going beyond the idea of ​​a common holding organization mentioned by the Senate seven years ago. .

The duo asked that a law be passed next year to lead to the creation of a new group, France Media, which will see the light of day by 2025, at the end of the current mandate of the president. of France Télévisions, Delphine Ernotte.

Karoutchi and Hugonet also called for the creation of a single public service information organization across public service radio and television, which they said would “end duplication and build expertise”, ensuring local, national and international news coverage.

The report also calls for the creation of a single grouping of regional media bringing together France 3 and France Bleu, called France Médias Régions.

Karoutchi and Hugonet also called for a unified public service media digital strategy to enable France to catch up with other countries.

With funding to come from the government budget rather than a license fee under current proposals, the Senate called for an independent commission to be charged with assessing annual needs and establishing multi-year budgets.

The new High Audiovisual Authority (ASAP) would be headed by a judicial officer from the Court of Auditors, with four members appointed by the Senate and the National Assembly.