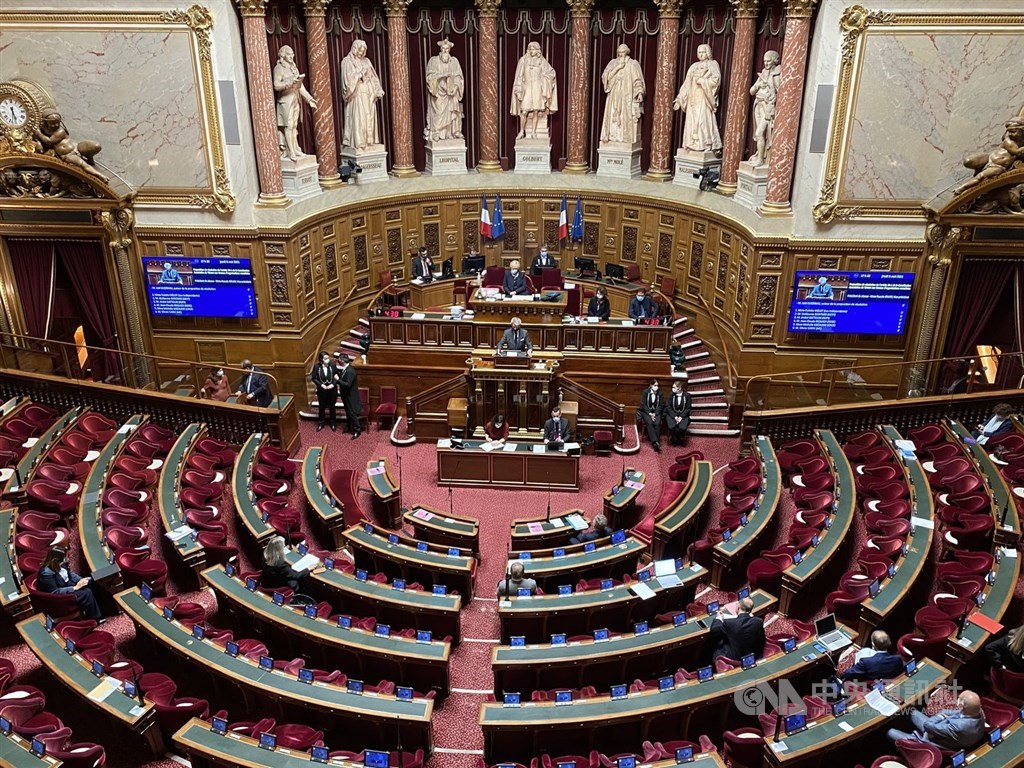 Paris, May 6 (CNA) The French Senate on Thursday adopted a resolution to support Taiwan’s participation in the activities of international organizations, including the World Health Organization (WHO).

The resolution, presented on March 27 by the Franco-Taiwanese Senate Friendship Group, was adopted by 304 votes to 0 and 19 abstentions.

Group chairman Alain Richard said during the presentation of the proposal that Taiwan’s bid to participate in the WHO should be supported, in light of its remarkable efforts against the COVID-19 pandemic.

During a 30-minute debate on the resolution, representatives from nine political caucuses expressed their views, while one caucus abstained, citing its position on foreign relations.

Commenting on the adoption of the resolution by the Senate, Jean-Baptiste Lemoyne, Secretary of State at the French Ministry for Europe and Foreign Affairs, said the government supports Taiwan’s participation in international organizations.

Peace and stability across the Taiwan Strait are important to the peoples of the world, he said.

André Gattolin, vice chairman of the Senate Committee on Foreign Affairs, Defense and Armed Forces, said in an interview with CNA that the vote on the resolution indicated bipartisan support for Taiwan in the Senate.

Joëlle Garriaud-Maylam of the Republican Party told CNA the resolution sends a signal to Beijing that Taiwan is not alone and has the support of many Western countries.

Taiwan’s representative in France, François Wu (吳志 中), who observed the vote in the public space with his colleagues, said in a Facebook post that they couldn’t hold back tears when they saw the overwhelming support from the French Senate.

In an interview with CNA, Wu thanked senators for passing the resolution and said the voting results mean a lot to Taiwan.

Meanwhile, in Taipei, the Ministry of Foreign Affairs (MOFA) issued a statement welcoming the decision of the French Senate.

The MOFA said Taiwan will continue to work with like-minded countries, including France, to deepen their cooperation and advance Taiwan’s efforts to contribute to the international community under the slogan “Taiwan can help, let Taiwan help.”

The resolution was passed ahead of the 74th annual meeting of the World Health Assembly (WHA), WHO’s decision-making body, which is scheduled to take place from May 24 to June 1.

On Thursday, the G7 countries issued a statement that included a statement of support for Taiwan’s participation in the WHA and WHO forums.

(By Tseng Ting-hsuan and Emerson Lim)