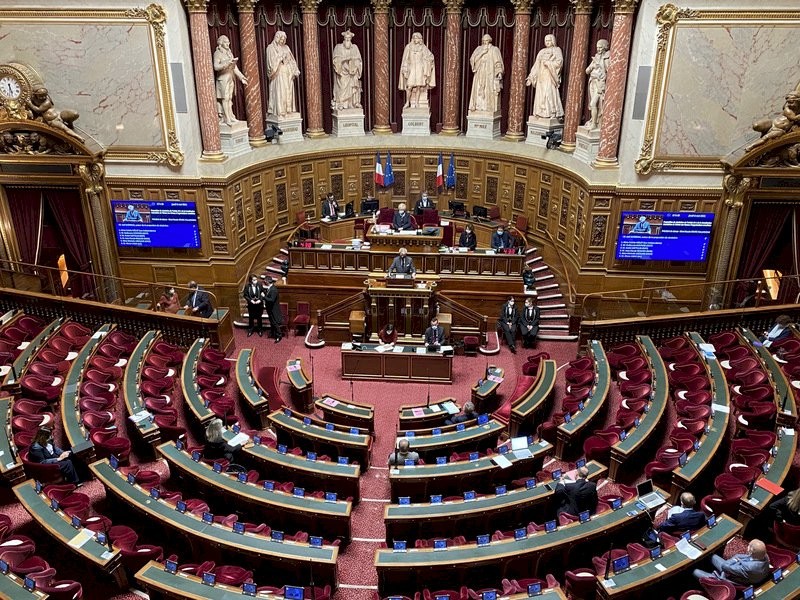 TAIPEI (Taiwan News) – The French Senate unanimously adopted on Thursday, May 6, a resolution calling for Taiwan’s participation in the World Health Organization (WHO) and three other major international organizations.

The resolution was proposed by French Senators Joël Guerriau and Alain Richard, both members of the France-Taiwan Interparliamentary Friendship Association. Richard recently received a letter from Chinese Ambassador to France Lu Shaye (盧沙 野) urging him to cancel a planned visit to Taiwan, saying it “would affect the status quo between Taipei and Beijing”.

The legislation hailed the “Taiwan model” of dealing with the pandemic, which began with early detection of the threat posed by COVID-19. He noted that Taiwan’s warnings of the impending pandemic to the WHO on December 31, 2019 had gone unheeded.

The authors of the resolution noted that the WHO did not qualify the emergency of public health of international concern (PHSI) until a month later, on January 30. Senators asserted the “sidelining of Taiwan” from WHO deliberations and actions “thus harming the interests of the international community.”

Senators pointed out that all four organizations include statutes that offer “non-state entities” the opportunity to participate, provided this does not affect the rights of member states. They argued that based on these statutes and Taiwan’s “peaceful and cooperative attitude” on the world stage and its pluralistic democratic society, it should be allowed to participate in these organizations, and in particular the WHO World Health Assembly.

In response to the adoption of the resolution, Taiwanese Foreign Minister Joseph Wu (吳 釗 燮) took to Twitter on Friday morning (May 7) to thank the French Senate for approving the bill calling for the Taiwan’s participation in the four major international organizations.

Long live relationships # Taiwan–#France! Our sincere thanks to @Senate for the unanimous adoption of the resolution urging the country to participate in international organizations such as the @WHO & its World Health Assembly, @OACI, @CCNUCC & @INTERPOL_HQ.
https://t.co/Bwvw2orbeQ https://t.co/YXd1kwkaM6