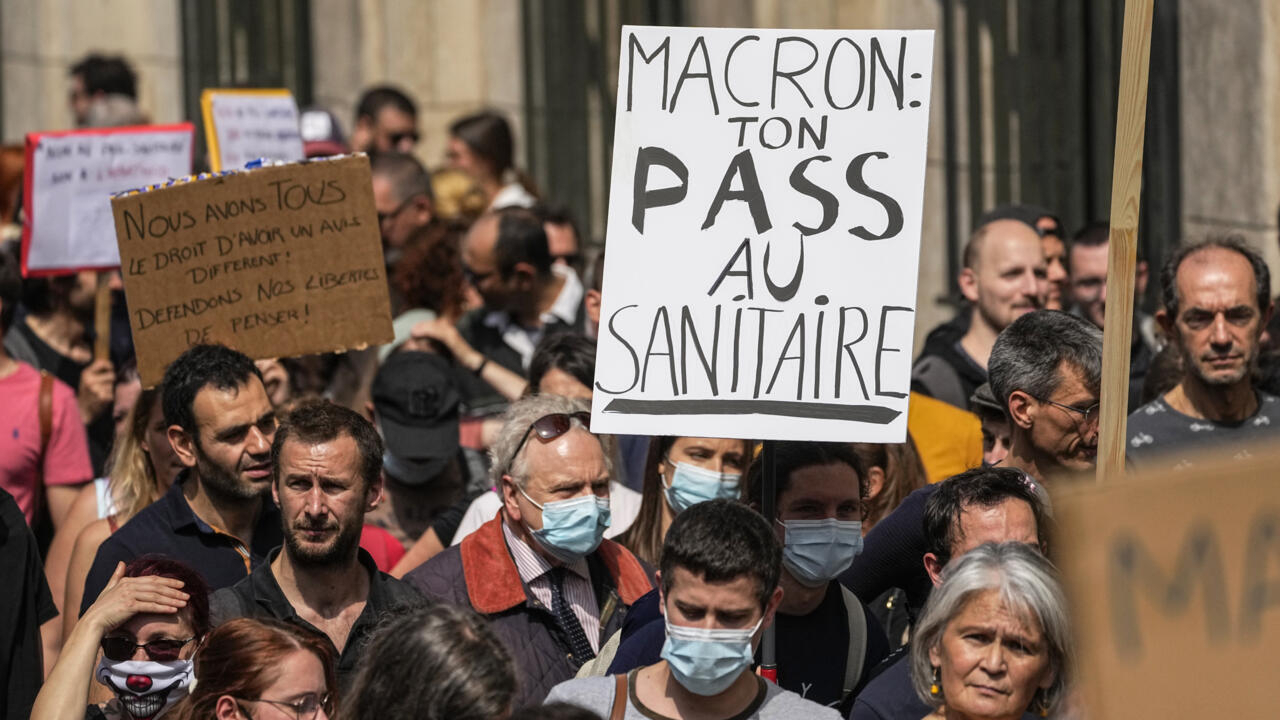 The French Senate will debate and vote on Wednesday a revised bill which will officially end the exceptional measures put in place during the Covid pandemic on August 1, including the end of the possibility of relaunching the vaccination pass at the border.

During debates in the National Assembly on the bill, lawmakers removed a key measure that would allow the government to reintroduce a health pass at France’s borders.

The article was rejected by an alliance of far-right MPs from the National Rally and the Republicans (LR), as well as the majority of the left-wing Nupes alliance, dealing a first blow to President Emmanuel Macron and his government. after the June legislative elections.

Macron has now appealed to the “wisdom” of the Senate to reinstate a bill that “would keep things on track”. Prime Minister Elisabeth Borne described the senators’ “spirit of responsibility”

However, the right-wing dominated Senate is unlikely to want to do Macron any favors.

“Out of the question to restore the deleted article as the government drafted it”, warned the president of the LR group in the Senate, Bruno Retailleau.

Senator LR Philippe Bas rewrote a version of the article in an attempt to find a compromise, which would allow a “much more limited” health pass at the borders. This would allow France to request a negative Covid test from those arriving from abroad. .

The senator renamed it “travel health certificate”, to clearly distinguish it from the health pass that had been requested in cafes and restaurants and other public places.

The Senate version of the bill makes explicit the end of limits on movement, such as lockdowns and curfews, and more importantly, it opens the door for unvaccinated nurses and health care workers to return to work – a measure that the medical academy still opposes.

In the bill, vaccine requirements for health workers would be suspended as soon as this is justified by the evolution of the pandemic or “medical and scientific knowledge” allows it.

Once the bill has been passed by the Senate, senators and deputies in the National Assembly will meet on Thursday to draft a common text which will have to be voted on by both chambers.