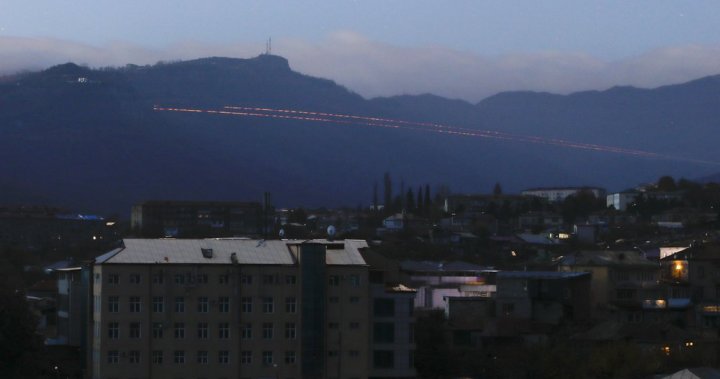 The French Senate voted on Wednesday to urge the government to recognize the disputed Caucasus region of Nagorno-Karabakh as an independent republic.

The symbolic resolution does not mean that the French government will recognize a sovereign Nagorno-Karabakh, but sends a message of support to the large Armenian community in France. No country recognizes the region, over which Armenia and Azerbaijan have disputed for decades, as independent.

The vote comes as the French government, French cities and aid groups have in recent days stepped up efforts to help people fleeing Nagorno-Karabakh. A French cargo flight arrived in the Armenian capital Yerevan on Monday with medical and other assistance, and another flight is scheduled for Friday.

Nagorno-Karabakh lies within Azerbaijan but has been under the control of ethnic Armenian forces backed by Armenia since the end of a separatist war in 1994. This war left Nagorno-Karabakh itself and significant surrounding territory to the hands of the Armenians.

The story continues under the ad

Fighting erupted again in September, killing hundreds, if not thousands, until a truce brokered two weeks ago by Russia. The agreement stipulated that Armenia cede control to Azerbaijan of certain areas it holds outside the borders of Nagorno-Karabakh. The last land transfer took place on Wednesday.

The French resolution calls on the government to “recognize the Republic of Nagorno-Karabakh and to use this recognition as an instrument of negotiations for the establishment of a lasting peace”. It also urges the government to pursue a tougher European response to Turkey, which has backed Azerbaijan in the conflict, and an international investigation into war crimes.

Azerbaijan has repeatedly criticized France for supporting Armenia in the dispute.