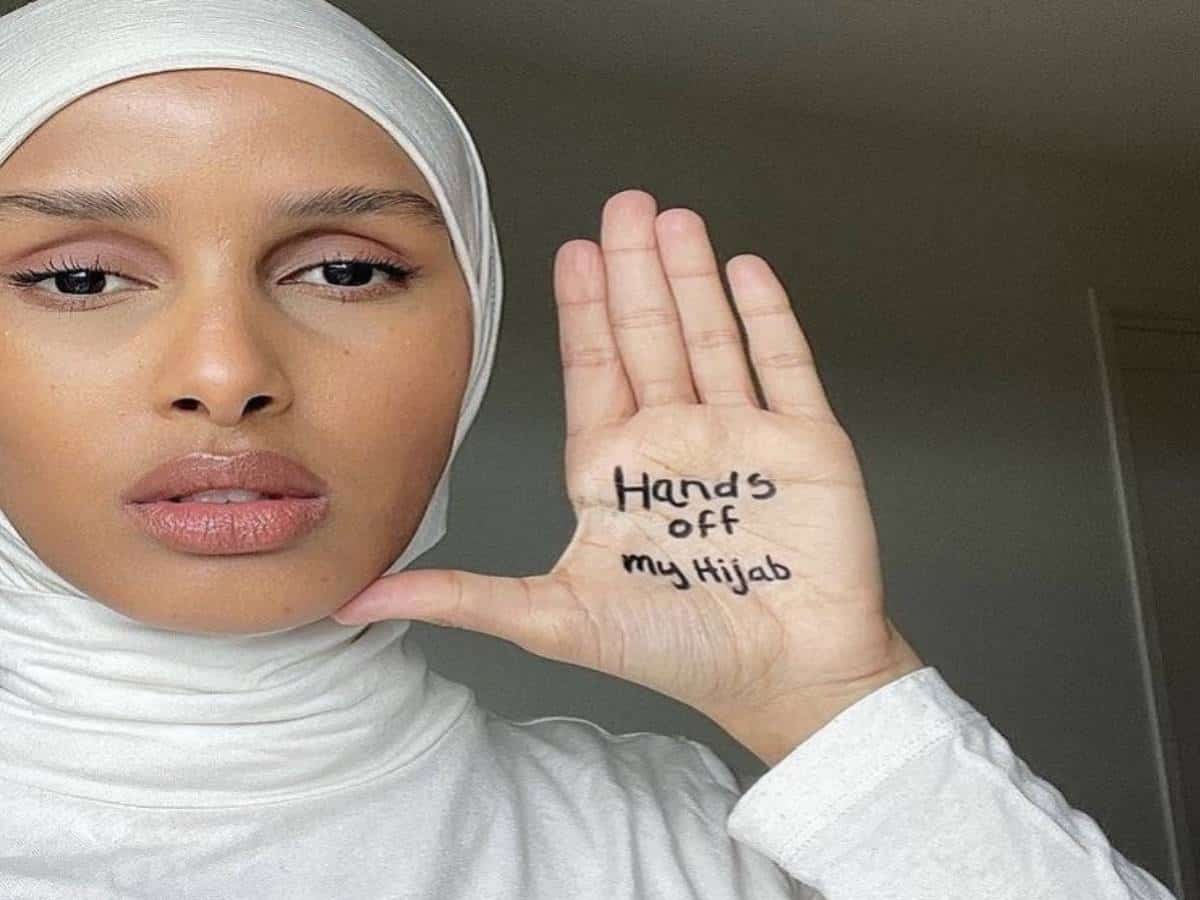 French Senate votes to ban hijab for Muslim girls under 18

Less than a month after Swiss voters backed the burqa and niqab ban, the French Senate on March 30e voted to ban the hijab (the headscarf worn by Muslim women) in public places for anyone under the age of 18.

“Prohibition in the public space of any ostentatious religious sign by minors and of any dress or clothing which would signify an interiorization of the woman on the man.

This provision is part of the draft “Separatism Bill” which has not yet entered into force.

However, the ban has only been approved by the French Senate and has not yet been fully adopted.

French President Emmanuel Macron has previously said that the hijab does not conform to French ideology, but also said he “does not want to make a law that prohibits it on the streets”. Sails have already been banned in French public schools since 2004.

This amazing news is being shared on social media by Muslims around the world with Muslim women using the #handsoffmyhijab tag on various platforms in protest.

Muslim Women’s Day founder and activist Amani al Khatahtbeh also took to social media and wrote: “No government should regulate how a woman can dress, whether she keeps it or remove it ”.

“I don’t understand how, in 2021, in a developed country, we still talk about how a woman should dress,” Franco-Moroccan fashion influencer Hanan Houachmi, who lives in Dubai.

“I wanted to set an example for my child and wanted her to always remember me wearing the hijab,” she added.

Rawdah Mohamed, a 27-year-old Somali influencer, shared her own experiences with hate and racism in her recent Instagram post.

“I want to take this opportunity to share the real people who will be affected by this ban and the impact it will have on Muslim women. I refuse to let this go without speaking, it is the least we can do for ourselves and for each other. We are not alone. Please share your stories, ”writes the Norway-based content creator.

“I firmly believe that the only antidote to hate crimes is activism. Many governments have already been on the wrong side of liberation and equality. It is our duty as people stand up and fight for the rights of others. The Hijab ban is hateful rhetoric from the highest level of government and will be seen as a huge failure of religious values ​​and equality. She added.