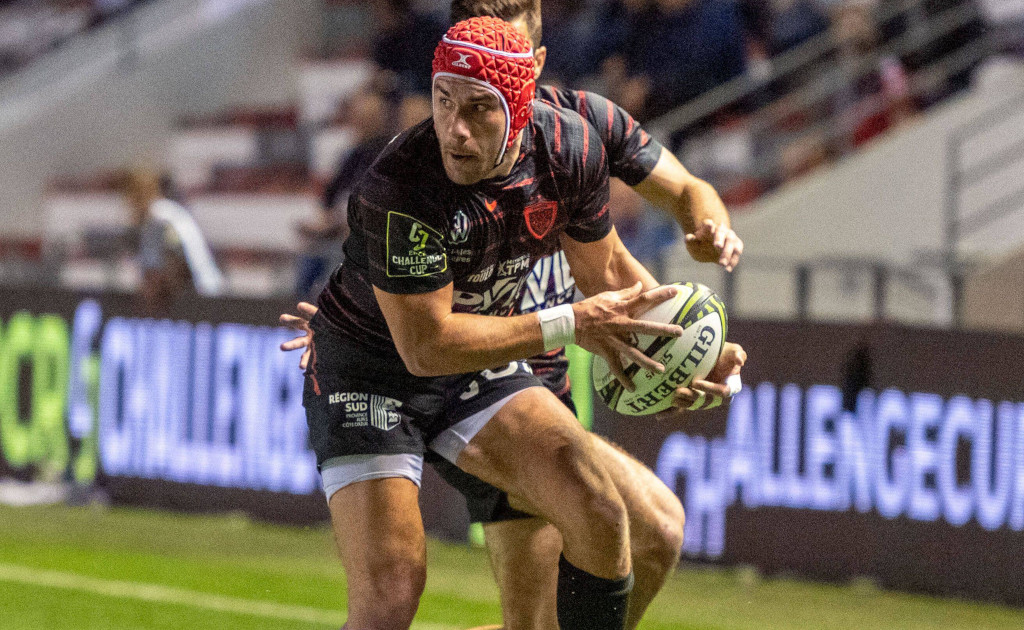 French winger Gabin Villière produced another stunning performance, both in attack and defence, as Toulon reached the Challenge Cup final after a 25-16 triumph over Saracens.

In a clash between two three-time Champions Cup winners, it was a thrilling affair full of physicality and intent.

Toulon certainly brought the latter for the first try as Villière landed after a fine move before Sarries fought back to lead 13-7 thanks to Ben Earl’s score and a pair of penalties from Owen Farrell.

However, the French responded and were ahead at the break as Louis Carbonel added a three-pointer and their wing cleared the whitewash for the second time.

It was an advantage they would not give up. The respective kickers traded penalties, but it was a stroke of individual genius that delivered the decisive blow when Jiuta Wainiqolo’s brilliant try took Toulon two points clear.

Franck Azema’s men will now meet Lyon in an all-French Challenge Cup final in Marseille on Friday 27 May.

It took only three minutes for Toulon to draw first blood. Saracens scrum-half Aled Davies was caught by the Toulon peloton, with the ball returned for Baptiste Serin to pass over and Carbonel chased hard to win the ball back. Sergio Parisse and Carbonel then combined with a perfectly executed scissor move to place Villière in the left corner.

Carbonel converted from the touchline, but Saracens fought back with three points from Farrell’s boot.

A few minutes later, Farrell lined up another shot on goal, but this time he hit the post with the ball cleanly taken by Serin. The Toulon scrum-half went to clear but was charged by Earl, who touched down to score with Farrell adding the extras.

Farrell and Carbonel exchanged penalties, but the Toulon pack began to take over.

On the stroke of half-time, Toulon hit Saracens with a well-constructed try. The ball was put in the hands of Carbonel, Parisse, Charles Ollivon and Cornell du Preez who put Villière over for his second try to give Toulon a 15-13 lead at the break.

The opening stages of the second half were fierce, with both teams battling each other hammer and pincer, but it was Toulon who extended their lead with Villière winning a penalty kick to allow Carbonel to extend their lead five points from the start. .

Saracens fought back with Farrell smashing a 45-yard penalty from an angle.

Toulon extended their lead with a sensational individual try from Fijian winger Wainiqolo, who trumped three Saracen defenders in Farrell, Davies and Alex Lozowski to go unopposed from 35 yards out.

Saracens refused to throw in the towel as they besieged Toulon’s try line, but the home defense remained intact after a period of intense pressure from the English club.

A formidable tackle from Eben Etzebeth on Callum Hunter-Hill over the try line prevented Saracens, who were mounting more pressure in Toulon’s half. But an error from Farrell, who missed the touchline with a penalty from a corner, allowed Toulon to regain position on the pitch.

And there was no way back for the Saracens, who huffed and huffed in vain.

READ MORE: Lyon triumph over Wasps to book a place in the final