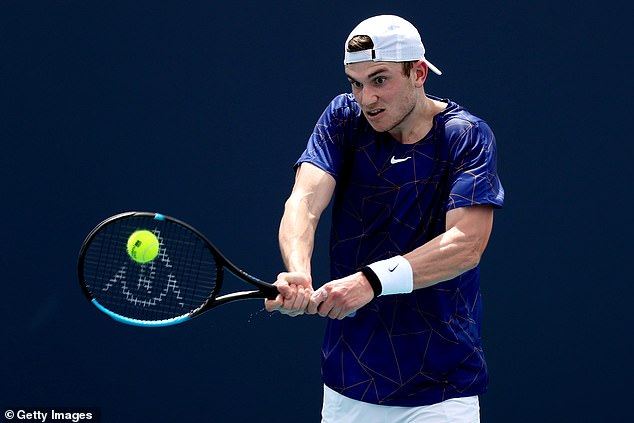 By Mike Dickson for the Daily Mail

Jack Draper translated his excellent recent form on the secondary Challenger circuit to the main circuit when he reached the second round of the Miami Open on Wednesday night.

A second round against British number one Cam Norrie awaits after the 20-year-old from Surrey dispatched former world number six Gilles Simon 7-5 6-1.

It was his first victory on the ATP Tour since a decisive week at Queen’s last summer, where he reached the quarter-finals before falling to Norrie.

Draper has been looking for high-level confirmation of his marked improvement this season, which has seen him win three Challenger titles and break into the top 150. All have come in the Italian city of Forli, which hosts several tournaments.

He received a wildcard for this Masters event, thanks to his management company who owns it, and the results were very different from those he received a year ago.

At the time, he had to retire because of the heat, but twelve months later he proved more resistant to the smoldering humidity.

Simon, 37, is no longer the player he used to be and now has just 139, just above Draper. Nevertheless, he still collects plenty of balls from the baseline and GB’s top male prospect had to work hard to earn plenty of points, a task he was equal to. 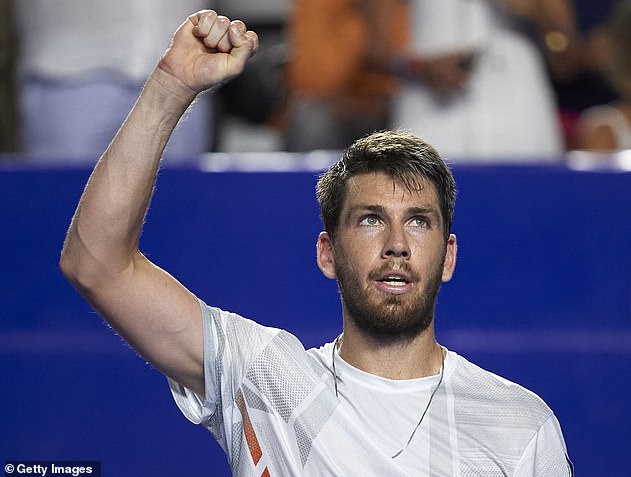 As a result, Draper booked a place in an all-British second-round clash with Cam Norrie

“It was tough conditions, especially after what happened last year, which was kind of in my head,” Draper said. “I think I’ve shown the results of the work I’ve been doing for six months.

“I can’t wait to share the pitch with Cam, he’s been very supportive of me.” I am not here for my own merit so there is more to do. I played him at Queen’s, but I’m a better player now than I was then.

The southpaw Draper was in charge for most of the game but had to recover from a 4-3 wobble in the second set when he was broken by the veteran Frenchman. He got two breaks in the third and held his own in both windy and wet conditions.

Surfing and fencing set up French-speaking organizations for Paris 2024