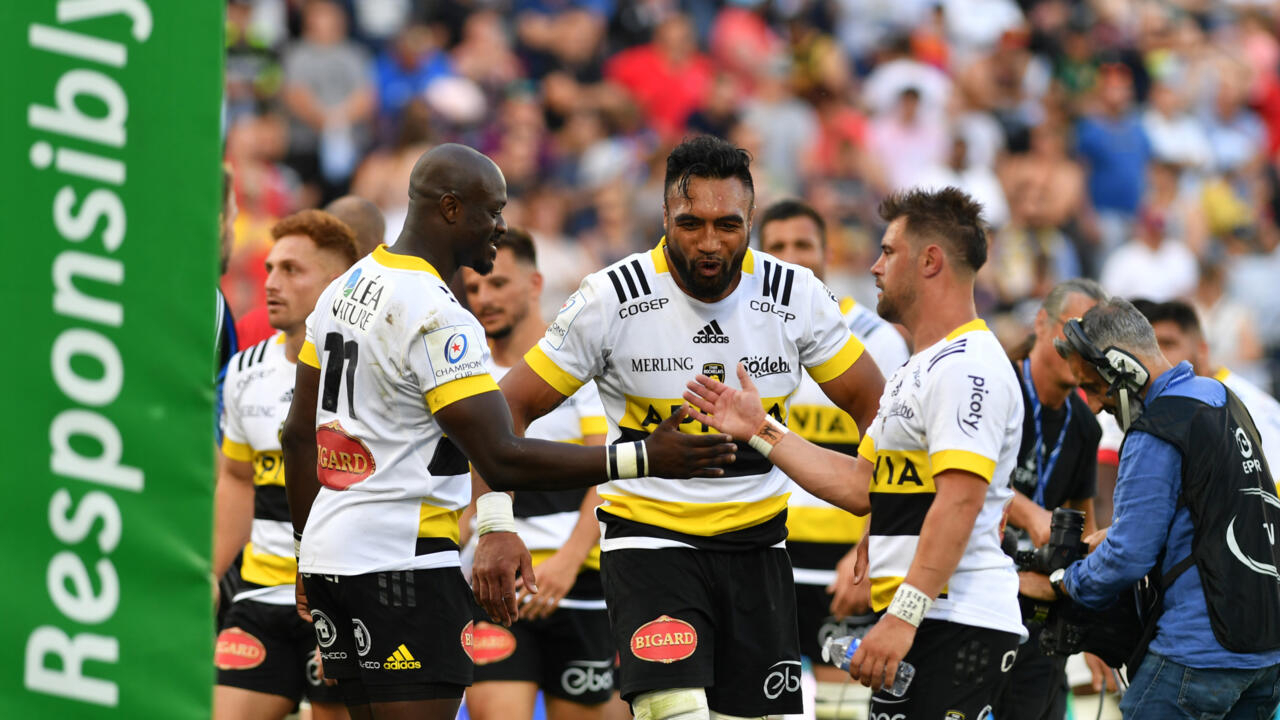 Three-time Cup runners-up Racing received two yellow cards and were penalized 19 times in a fractured game staged in the northern French town of Lens and given a symbolic kick-off by the great and former player of the All Blacks club, Dan Carter.

La Rochelle’s win sets up an intriguing game in Marseille on May 28 for their Irish coach Ronan O’Gara, a two-time European Cup winner with Leinster’s great provincial rivals Munster.

“It’s huge to be in the final a second time, it’s a great source of pride for the club, for the fans,” said O’Gara, as a player capped 128 times for Ireland and two times by the British and Irish Lions.

“We would all like to win something,” he said. “The mentally strongest team won today.

“It wasn’t a great show for the fans, but the players made huge sacrifices.”

Race captain Gael Fickou admitted his team lost due to a “lack of pragmatism and a lack of discipline”, praising La Rochelle’s ball-carrying and counter-ruck prowess.

“They were very realistic about the game, but we made too many mistakes. We were sometimes more dangerous, but they managed to produce on their actions.”

Teenage Racing scrum-half Nolann Le Garrec opened the scoring with an early penalty after France number 8 Alldritt was knocked down by a fierce counter-rucking.

Le Garrec hit the extras to make it 10-0 after 27 minutes at the Stade Bollaert-Delelis in Lens, 200km (125 miles) north of Paris, with Racing’s La Défense Arena in the French capital booked by a rap concert.

And man of the match Alldritt provided the perfect end to the first half as he unleashed a five-yard scrum and crashed into Le Garrec for a well-deserved try.

West missed the conversion and his day off with the boot continued as he saw a penalty return from the post early in the second half.

Le Garrec, however, got it right with his second penalty and was defensive in holding off Pierre Bougarit as the La Rochelle peloton rumbled over Racing’s try line.

But his efforts were in vain as Racing stalwart Cedric Gomes Sa was shown a yellow card for hitting the maul from the side, with England referee Matthew Carley also awarding a penalty try.

With substitute hooker Camille Chat also in trouble, Racing were down to 13 players and trailed for the first time in the match, 15-13.

They would never regain their momentum, Le Garrec missing two penalties in quick succession while La Rochelle also failed to curb their own indiscipline.

La Rochelle camped in Racing territory for the final 10 minutes, with West having the last laugh as he crashed into the corner for a try that sealed a clash with Ireland’s best.