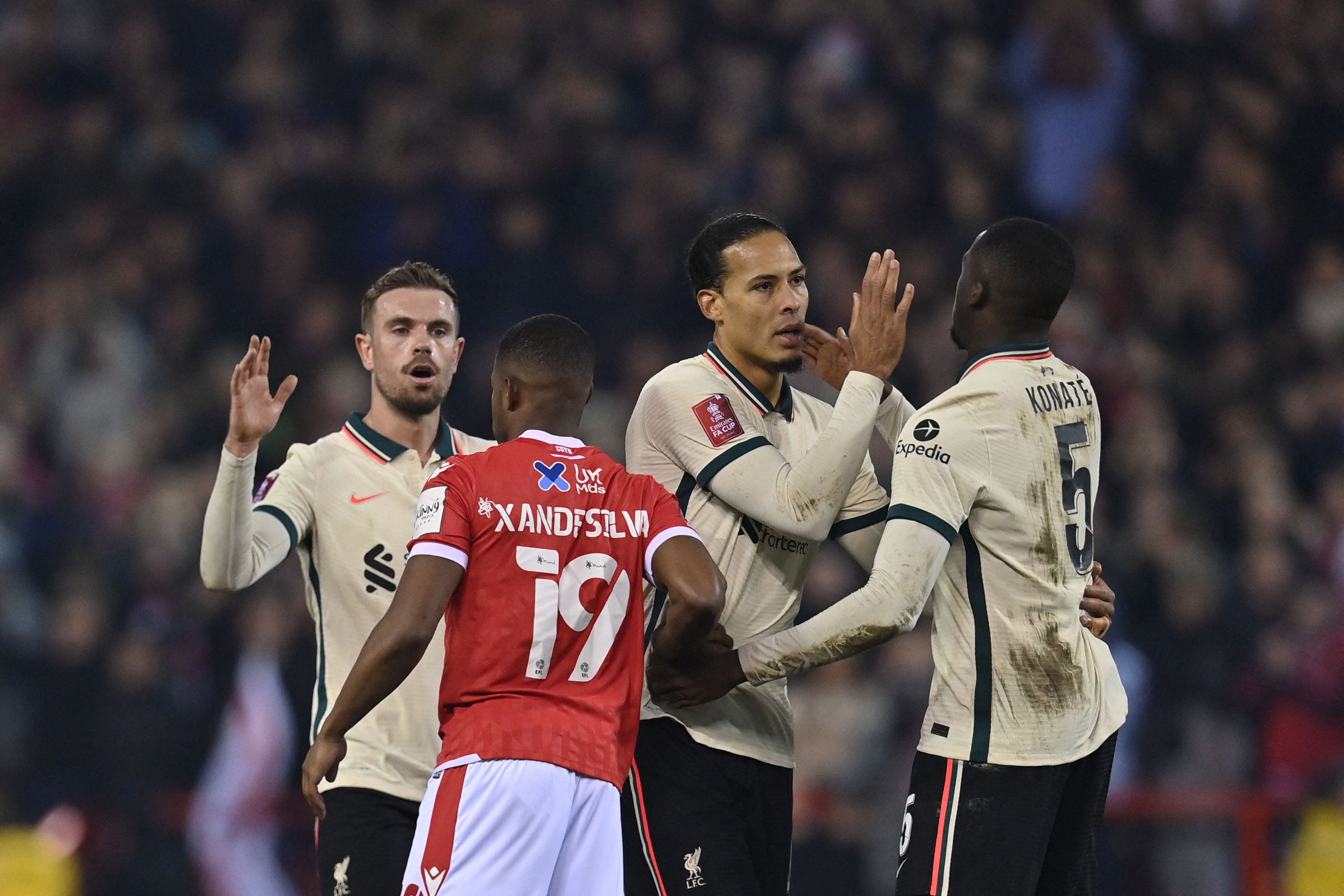 Liverpool and Manchester City’s bid for the historic trophies will face off in the FA Cup semi-final at Wembley next month after playing their last eight matches differently on Sunday.

City finally got the better of Southampton in the third attempt this season with a 4-1 victory, while Liverpool needed a late strike from Diogo Jota to beat Nottingham Forest 1-0.

Forest had knocked out holders Leicester and Arsenal in their run to the last eight and could easily have caused another shock if the fine margins were gone at the City Ground.

“It was a real Cup game,” Klopp said. “I know they don’t get anything for that, but a huge compliment for them, they played a really good game.”

Klopp made seven changes with Mohamed Salah, Sadio Mane and Andy Robertson among those rested and it showed in a tattered performance at Liverpool.

Roberto Firmino should have put the Reds in front before the break when he tried to dink the ball over Ethan Horvath with just the keeper to beat, but it was Forest who had the better chances after the break.

Philip Zinckernagel missed the best of them 14 minutes from time when he brushed aside Brennan Johnson’s inviting cross.

Three minutes later, Jota showed the Forest forwards how it’s done as he stretched to meet Kostas Tsimikas’ cross for his 19th goal of the season.

Still, the home side could have extended the game as Ryan Yates headed straight into the arms of Alisson Becker and was denied a penalty appeal as he rounded the Brazil keeper.

But Liverpool have held firm to book a meeting with City when a side’s quest for history comes to an end.

City are aiming to match Manchester United’s historic feat of 1998/99 by winning the Champions League, Premier League and FA Cup treble, while Liverpool, who trail Pep Guardiola’s men by one point at the top of the table, aim to improve by adding these three trophies to the Coupe de la Ligue they won in February.

Despite a more resounding scoreline, City also struggled in the first hour at St. Mary’s as a Southampton side who have held the English champions twice in the league this season once again caused them pain. problems.

“We started very well and then we forgot to play,” Guardiola said. “We know it’s so difficult because Southampton are one of the best organized teams.”

Adam Armstrong hit the post early for the Saints, but seconds later Raheem Sterling opened the scoring with a fine finish from Gabriel Jesus’ pass.

Ilkay Gundogan then hit the woodwork for City, but Southampton leveled their first-half performance when Aymeric Laporte deflected Mohamed Elyounoussi’s cross into his own net.

With the tie delicately laid, Southampton’s good work was undone when Mohammed Salisu unnecessarily dove over Jesus to concede a penalty.

Fraser Forster got his hands on Kevin De Bruyne’s kick but couldn’t hold it off.

City’s strength from deep on the bench then took the game away from the hosts as substitutes Phil Foden and Riyad Mahrez produced deadly finishes to complete the scoring.

– Progression of the Palace of Vieira –

Crystal Palace will face Chelsea in the other semi-final after beating struggling Everton 4-0 at Selhurst Park.

Marc Guehi, Jean-Philippe Mateta, Wilfried Zaha and Will Hughes scored the goals as the Eagles continued their impressive debut season under Patrick Vieira.

“You can hear the atmosphere in the stadium, the fans, that’s what they wanted and we wanted to give it to them.”

Everton’s focus now turns to simply staying in the Premier League as they sit dangerously just above the relegation zone.

“We gave them a bye into the semi-final without Palace even playing particularly well,” Everton boss Frank Lampard said.