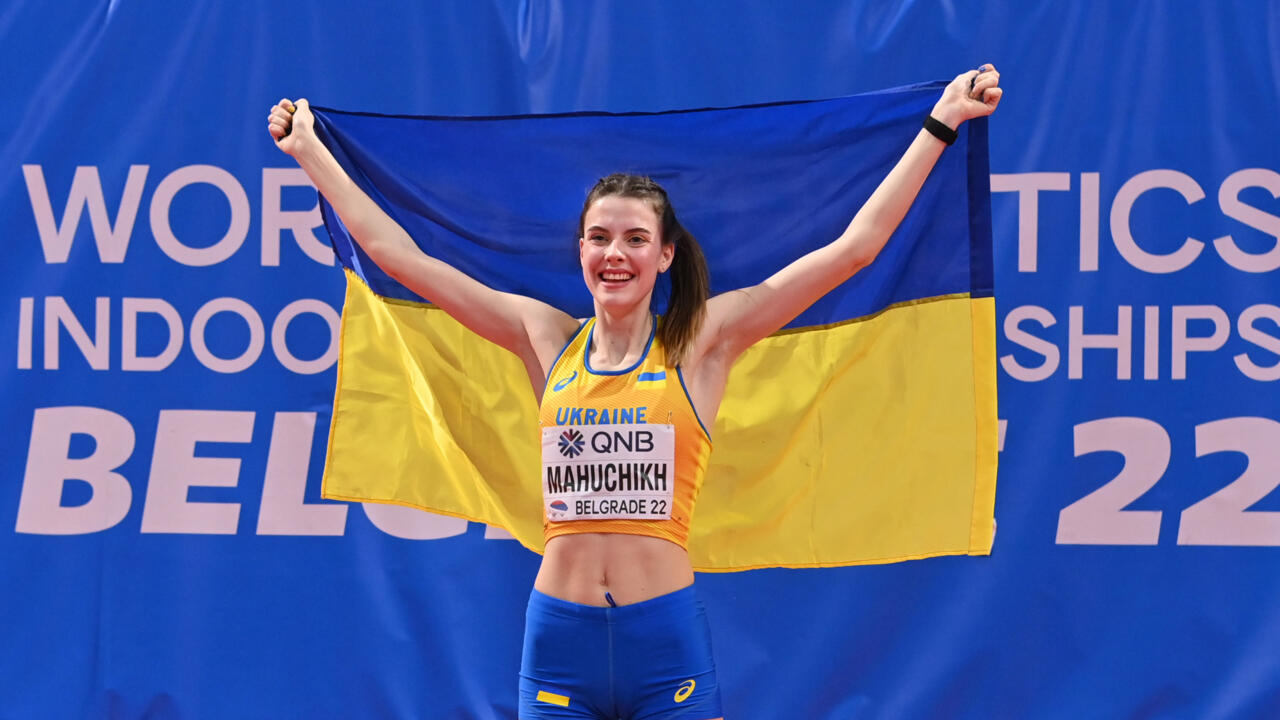 Belgrad (AFP) – Yaroslava Mahuchikh won a spectacular high jump gold for war-torn Ukraine at the World Indoor Championships on Saturday as Christian Coleman and Lamont Marcell Jacobs remained on course for a showdown in the 60m.

European indoor champion Mahuchikh fled Ukraine after the Russian invasion of her country, heading to Belgrade after a torturous three-day journey.

After keeping her cool amid ‘explosions, fires and air raid sirens’, the 20-year-old replicated her composure in the Stark Arena, beating Australia’s Eleanor Patterson with a record of 2.02 meters.

Mahuchikh received a standing ovation from the crowd, with a handful of Ukrainian flags waved from the stands.

On the track, Italian Olympic 100m champion Jacobs and reigning 100m world champion and 60m titleholder Coleman led a host of favorites into the 60m heats, where the top 10 qualifiers are all passed under 6.60 seconds.

Leading was Coleman’s American teammate Marvin Bracy, who clocked a quick 6.46 seconds, just a hundredth of a second off the fastest time of the year set by Coleman and the absentee Terrence Jones of the Bahamas. .

60m world record holder Coleman, who is coming back from an 18-month ban for violating anti-doping rules, crossed his race in 6.51 seconds, with Jacobs winning in 6.53, the American claiming it was “anybody’s race”.

“It was pretty good, maybe a little rusty, but I was taking it easy and smooth,” Coleman said.

“I’m going to pick it up for the semis and try to be my best for the final.”

Jacobs added: “I hope to improve in the next two races and I hope to get a medal. Coleman is a big, strong rider, he is a real challenge for me and also for the rest of the peloton. Coleman is very fast but Bracy is working very well too.”

Bracy was “pumped” by his heat, swearing, “I’m absolutely going for the Christian crown. I’m not here to lose… It’s going to be an American one-two, that’s the goal.”

And Britain’s medal hopes were dashed when in-form Olympic silver medalist Keely Hodgkinson withdrew from the women’s 800m heats with a thigh injury.

After clocking a championship record 7.61 seconds, Warner was only able to clear 4.80m in the pole vault, while Ehammer passed at 5.10.

It meant the Swiss was 23 points ahead of Warner heading into the final event, the 1,000m, in Saturday’s evening session.