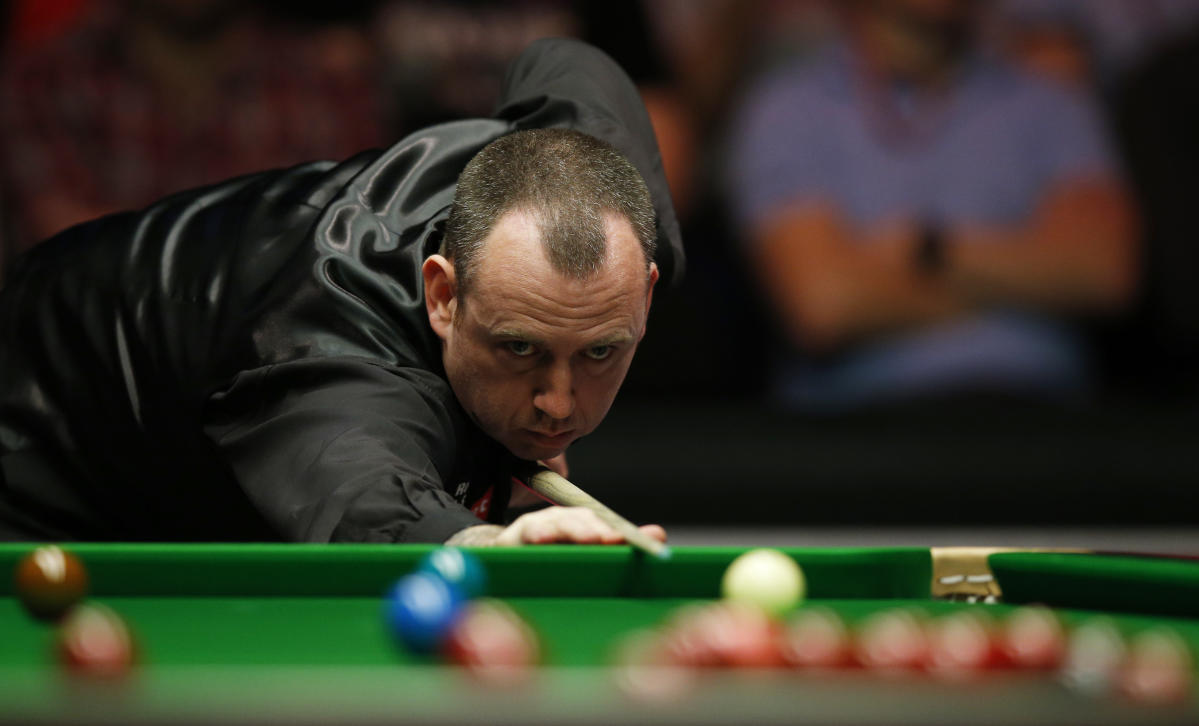 By Ben Parsons at The Crucible

The left-handed duo were both in excellent form on Friday night as Williams showed incredible resilience to fight back from a 12-5 deficit.

In a high-quality third session, both players shared superb breaks of the century as attacking play reigned supreme at the Crucible.

Williams had led 7-1 in a first session dominated by 2019 champion Trump.

The Welshman previously admitted to being tired after a grueling last-eight battle against Yan Bingtao, and faltered at the start of the best-33 marathon semi-final.

The first eight frames from Friday morning were then shared as Trump held a six-frame advantage at 11-5 with breaks of 119, 52 and 70.

But inspired Williams responded superbly by winning six of the last seven frames on Friday night to cut the deficit to two.

The three-time champion fired a magnificent break of 137 and is now just two behind Stephen Hendry’s record of 16 centuries in a single world championship.

Further runs of 57 and 77 left Williams two frames behind before Trump reasserted control with his third century of the game.

But Williams sealed a nervy final frame to set up a tantalizing final session on Saturday afternoon.

He’s won nine of the last 13 frames and has the momentum in the race at 17.

If Williams completes the comeback, he will overturn the biggest semifinal deficit in the Crucible’s illustrious 45-year history.

Meanwhile, Ronnie O’Sullivan stole one last dramatic image on the re-spotted black to lead his semi-final 10-6 against John Higgins.

The Class 92 duo were tied at 6-6 in the interval of their second session, but the Rocket took the lead with a scintillating four-frame blitz.

Higgins will complain about missing a regulation black to leave O’Sullivan needing snookers in Friday’s final frame as his opponent magically cleared to force a re-spot.

Six-time champion O’Sullivan then kept his cool to pocket the black and extend his advantage to four frames.

O’Sullivan and Higgins resume on Saturday morning and must play to the end in the evening session.

Kalamazoo ‘Bike Rodeo’ will get kids ready for summer biking