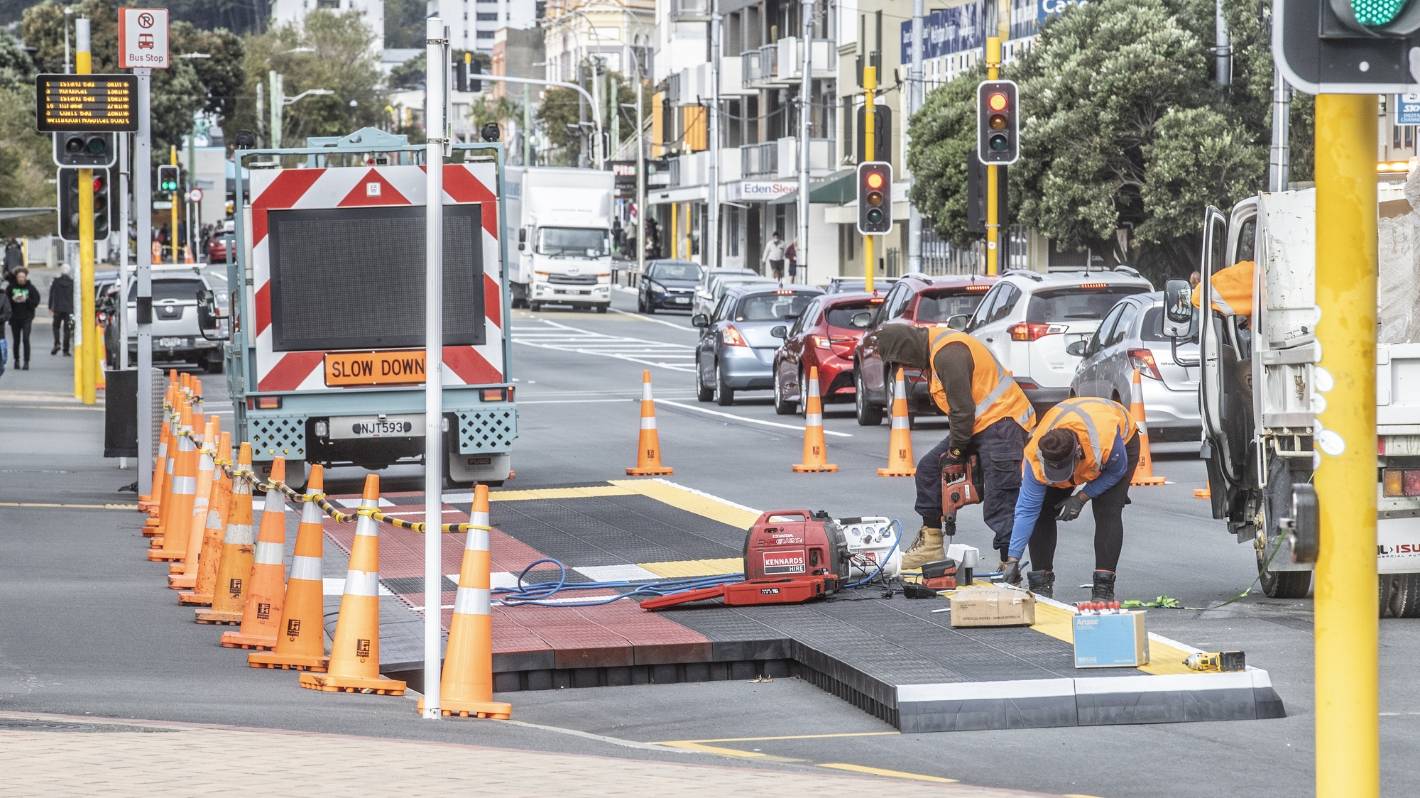 The first of several new bus boarding platforms made from recycled plastic have been installed on Riddiford St in the Wellington suburb of Newtown.

The modular platforms are curb-height and allow people to get on and off buses safely and cross the new bike lanes to the curb.

The platforms were part of improvements to Newtown-to-city buses and bikes by Wellington City Council, which it hoped would make it safer and easier for people to travel in low-carbon ways .

The platforms have been used in Washington DC, New York, Los Angeles and Portland in the United States, as well as in Canada, Spain, France and Ireland. But their use in Wellington marks the first time they have been installed in Aotearoa.

They work by allowing cyclists to ride on low ramps above the platforms, with signs and red markings indicating where cyclists should slow down, take extra care or yield to pedestrians.

Five new platforms were being assembled along Riddiford St and Adelaide Rd between Mein and Hall streets and the basin reserve, according to the council.