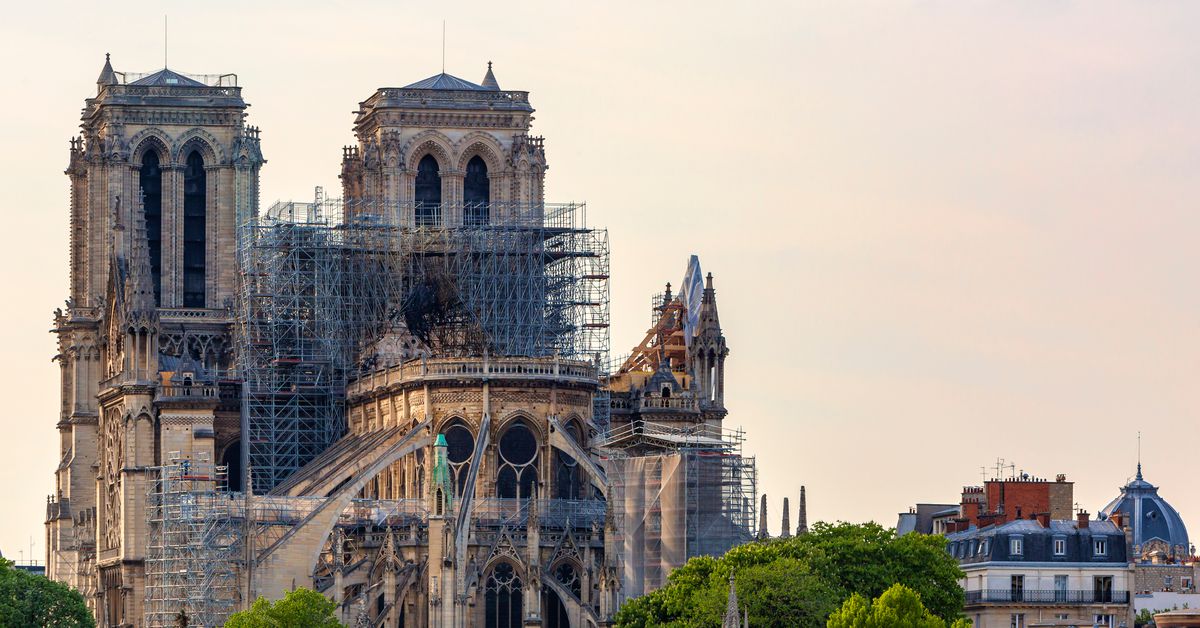 Notre-Dame must be restored to its original state, vote of the French Senate

Since devastating fire which destroyed sections of Notre Dame Cathedral in Paris, France on April 15, we saw a plethora of proposed redesigns, some of which include a glassy arrow, a filled with trees roof, and one rooftop swimming pool in the shape of a cross. Earlier this week, however, the French Senate stipulated that the historic church must be restored to the condition it was in before the fire.

The reconstruction of the cathedral has become a lightning rod problem in France, a battleground between traditionalists who want the church restored exactly as it was, and those who advocate a more innovative restoration.

It is important to note that the architecture of Notre-Dame has evolved over time; the spire that collapsed on April 15 was not an original element of 12th century design. Alongside the gargoyles immortalized in the famous novel by Victor Hugo, The Hunchback of Notre Dame, the neo-Gothic spire was added in the 19th century by the architect Eugène Viollet-le-Duc.

That the cathedral would be rebuilt seemed indisputable, as French President Emmanuel Macron promised to rebuild even as the flames were smothered. that of the president chronology, however, has sparked controversy, as some have called the 2024 target – when Paris will host the Olympics – a political ploy it was far too ambitious to do the job properly.

When French Prime Minister Édouard Philippe announced that he would launch an international architectural competition to rebuild the spire, Macron added that he would not oppose a “contemporary architectural gesture” which would modernize the cathedral. But opponents, mainly from the political right, have spiky to a modern makeover for the historic monument, responding to Macron with the hashtag # Don’tTouchNotreDame. The socialist mayor of Paris Anne Hidalgo has Express favor for an identical restoration.

Now, it seems that a more traditional view of reconstruction has won the day. Monday, the French Senate approved a bill, created and already approved by the National Assembly, which would restore Notre-Dame before Paris hosts the 2024 Summer Olympics. However, the Senate added a clause stating that the point of landmark must be restored to “its last known visual state” and removed a clause that would have given the government the power to override planning regulations. Finally, the bill proposes the creation of a new agency under the Ministry of Culture to supervise the project.

These changes mean that the bill cannot pass directly into law, so now the Senate and the National Assembly will have to determine and agree on a version of the bill that will become law. Stay tuned.