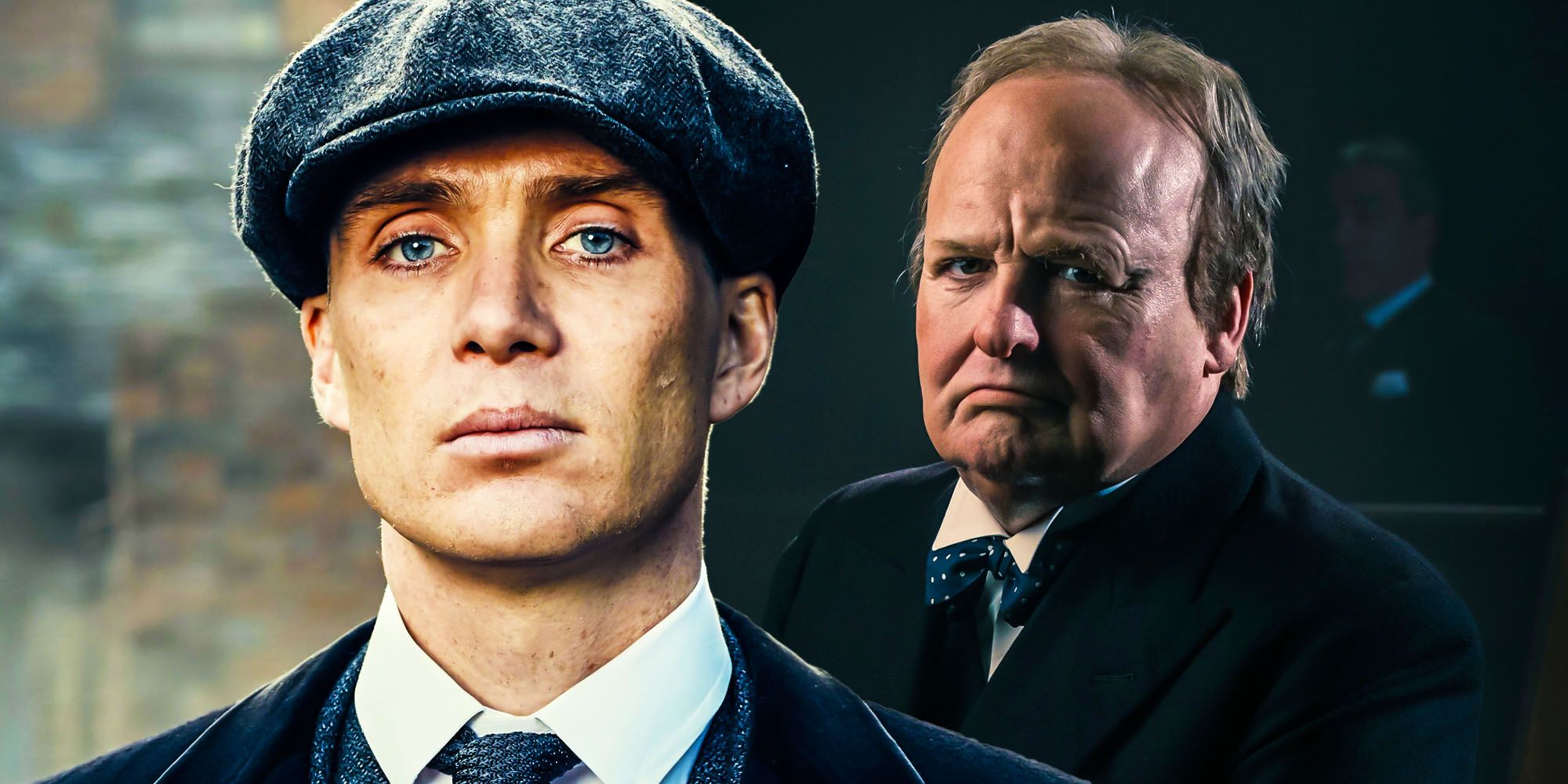 Peaky Blinders season 1 hinted at the eventual formation of an alliance between Tommy Shelby and his would-be savior in the final season.

Peaky Blinders Season 6 set up Tommy Shelby for a tumultuous time, but his potential savior for the season was surprisingly set up by Season 1. Peaky Blinders Season 1 began with Inspector Campbell chasing stolen British weapons that Tommy Shelby had hidden, a mission initiated by Winston Churchill. Churchill’s introduction early on in the series has allowed for increased relevance over the seasons, culminating in what looks like a potential alliance between him and Tommy Shelby for the upcoming season.

The issues in Peaky Blinders Season 6 feels higher than ever, with enemies starting to surround and overwhelm Tommy Shelby. This not only includes Oswald Mosley, but potentially even Gina Gray becoming a Season 6 villain. Tommy’s opponent: Winston Churchill. Although technically opposed to Tommy Shelby in Season 1, his estrangement from the operation and lack of emotional investment in the resulting conflict, unlike Detective Campbell, meant he clearly remained focused on the mission to be accomplished.

Related: Peaky Blinders: Why John Shelby Was Killed Off In Season 4

Once Churchill recovered the weapons from Peaky Blinders season 1, Tommy is no longer an adversary in Churchill’s mind. Plus, it had come to the attention of the future British Prime Minister, a detail that was revisited yet again in Season 5 when Tommy and Churchill had a discussion in the House of Commons. Tommy’s military history and bravery in battle was visibly more admirable for Churchill than for Campbell, which is clear in Churchill’s relationship with Campbell in earlier seasons. With Peaky Blinders season 6 returning to war with World War II on the horizon, it’s easy to see Churchill’s immediate relevance to the story, but his historical presence in the series had already set him up as a potential future ally.

Churchill’s interactions with Campbell regarding Tommy Shelby hinted at a level of respect for the crime boss early on, indicating that legality was not the future prime minister’s primary concern. In fact, it is well established in Peaky Blinders that Churchill’s primary concern is character and moral foundations, seemingly caring little about Campbell himself and merely whether or not he is succeeding in his mission. These very character traits are revisited by the show in Peaky Blinders season 5 when Tommy and Churchill have a conversation that highlights their similarity in their new mission to dismantle British fascism.

The significance of Winston Churchill’s role in Peaky Blinders is therefore not simply to provide a historical anchor, as the show hurtles towards a new world conflict, but to provide a historical character parallel to Tommy. From the start of Season 1, both characters show little concern for the legality of their missions, but for their efficiency and order, and both have respect for those who fought in France. Although they are at either end of the societal spectrum, morally they are natural allies. Churchill’s focus on retrieving weapons in Season 1, rather than punishing Tommy, set him up from the start.

The potential allies or enemies announced for season 6 are not limited to Churchill, as some have speculated that Al Capone is in Peaky Blinders season 6. What is known, however, is that Churchill’s character, motivations and opinions towards Tommy were firmly established in season 1, growing stronger over the seasons and culminating in a political alliance seen in Peaky Blinders season 5. Thanks to this long-term buildup of a cooperative relationship between the two, Churchill might just be Tommy season 6’s unlikely savior after all.

Next: Peaky Blinders Season 6 Hints At Farewell To Helen McCrory

Peaky Blinders season 6 makes its debut to February 27 on BBC One.

Matthew James is a freelance writer for Screen Rant, creating stories for the Films & TV team. In 2021, Matthew graduated with a BA in History and Politics and International Relations from the University of Kent, fueling his love for writing. Living in the UK with his family and partner, Matthew’s predominant experience before Screen Rant was bar and office work, however, writing has always been more of a passion. Outside of the passion at work, Matthew has always enjoyed gaming, TV, and movies, making Screen Rant a natural choice when the opportunity presented itself. With a well-cultivated love and understanding of history and politics, Matthew also spends (sometimes too much) time reading and talking about both!