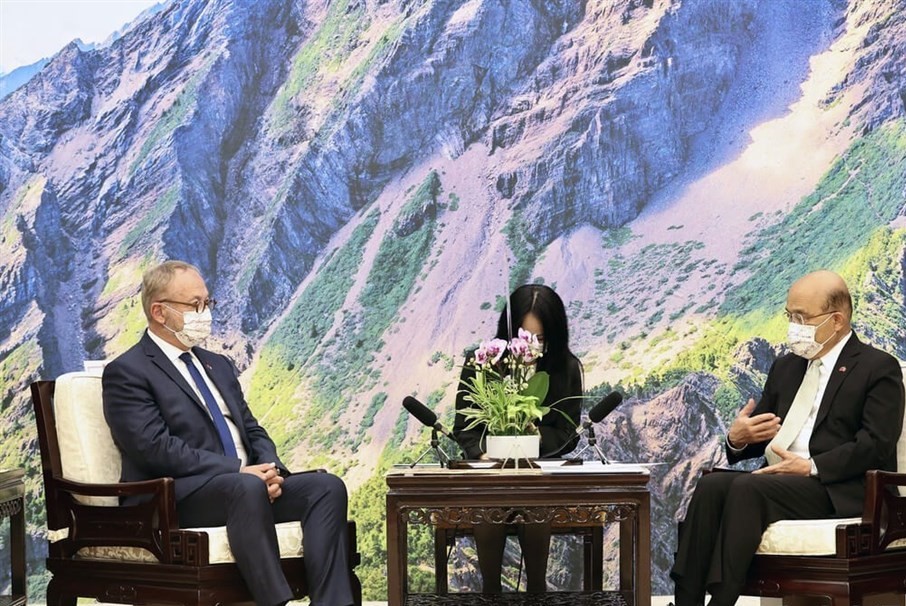 TAIPEI (Taiwan News) — Taiwan and France will continue to work together to promote freedom and peace, Prime Minister Su Tseng-chang (蘇貞昌) said during a meeting with the visiting French Senate delegation Thursday, May 9. June.

Su said the group of French senators attaches great importance to Taiwan-France relations. He thanked them for supporting Taiwan in the French parliament and defending its global participation, CNA reported.

The prime minister pointed out that the Legislative Yuan had recently approved a drop in tariffs on champagne imported from France from 20% to 10% to advance “a cycle of goodness” between the two countries.

Guerriau said every member of the delegation had a sincere love for Taiwan. He said he was impressed by each of his meetings, but what is most remarkable is the courage shown by the Taiwanese leaders in the face of such a complex situation.

Guerriau said that the fact that the French Senate unanimously past a resolution supporting Taiwan’s international participation last May means that France hopes the country will be recognized by world organizations. The Senate alone cannot change the situation, but it will continue to support Taiwan, he said.

The French senator added that the fact that the delegation came to Taiwan at a time when so many important political activities are taking place at the national level shows how important the nation is to France.

The two nations share many commonalities, Guerriau said, adding that they are both countries that uphold democratic values. Democratic countries should unite and strengthen exchanges to promote human development, peace and uphold democracy, he said.

Guerriau was awarded the Order of Auspicious Clouds with Grand Cordon by President Tsai Ing-wen (蔡英文) earlier Thursday for his contribution to strengthening ties. The departure of the delegation is scheduled for June 13.

Traveler site set up near Great Western Park in Didcot