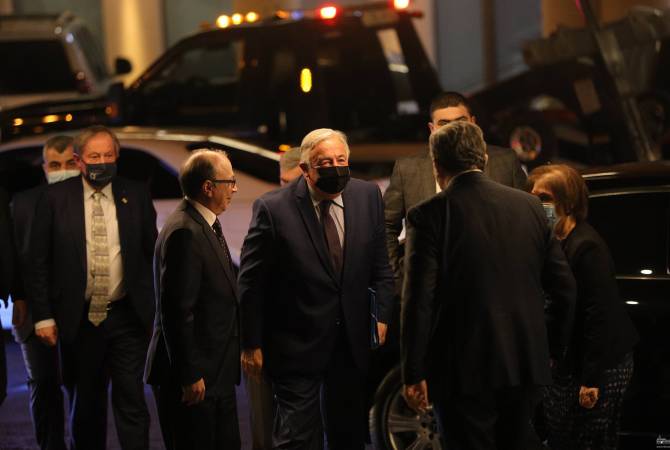 Minister Aivazian thanked the President of the French Senate for visiting Armenia on these symbolic days for the Armenian people and for participating in events dedicated to the 106e anniversary of the Armenian genocide. He said their visit reaffirms the attachment of Armenia and France to the centuries-old friendship of the two peoples.

The parties welcomed the dynamic development of Armenian-French relations, stressing the importance of high-level mutual visits and the pursuit of an effective dialogue.

Referring to the close parliamentary cooperation between the two countries, officials particularly attached importance to the significant contribution of friendship groups operating in the Armenian and French parliaments.

The officials also referred to the current humanitarian situation in Artsakh caused by the Turkish-Azerbaijani aggression. And in this context, the Armenian FM underlined the adoption of the resolution by the French Senate on the need to recognize the Republic of Nagorno-Karabakh.

The Armenian FM also drew the attention of its guest to the important issue of the preservation of historical-cultural and religious heritage in Artsakh and the importance of involving the respective international organizations in these processes.

Editing and translation by Aneta Harutyunyan