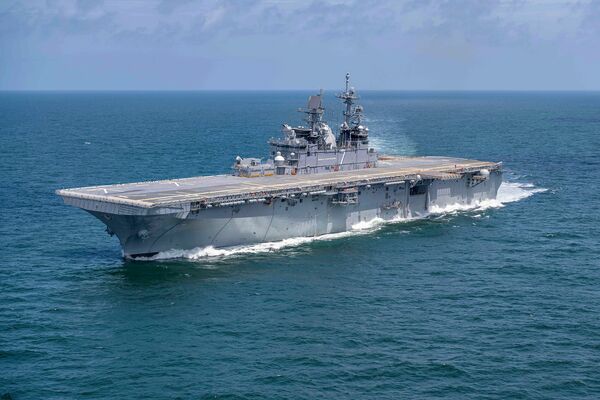 The USS Tripoli is expected to transition to the fleet in February. (US Navy)

While the United States Navy (USN) plans to complete its amphibious ship force structure report by the end of March, the service is approaching program milestones for classes of these ships, according to Captain Cedric McNeal, responsible for the Amphibious Warfare program.

San Antonio-class amphibious transport ship
Fort Lauderdale
(LPD-28) is approximately 97% complete, expected to be delivered in the second quarter of this year and is on track for commissioning next quarter, Capt McNeal said Jan. 12 at the National Symposium of the Surface Navy Association, which took place from January 11 to 13 in Arlington, Virginia.

USS Large Deck Amphibious Assault Ship
Tripoli
(LHA-7), which was commissioned in July 2020, is expected to transition to the fleet in February, Capt McNeal noted.

amphibious assault ship
Bougainville
(LHA-8) is expected to launch in the second or third quarter, with delivery expected in 2025, Capt McNeal said. While the detailed design is complete, construction of the ship is about 45% complete, he added. With
Bougainville

Get the full article by subscribing to Janes