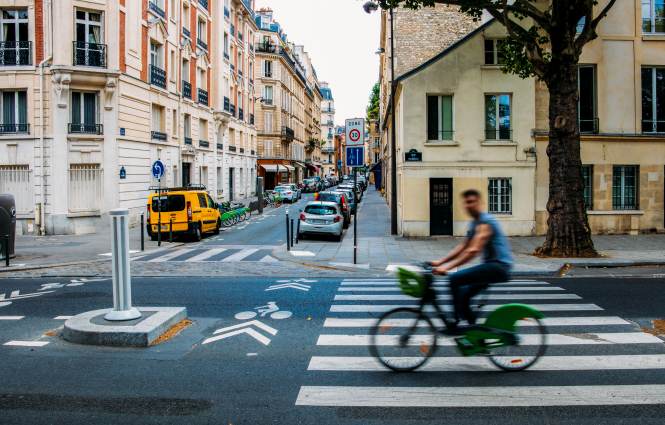 The French Senate will debate compulsory bicycle helmets for adults

The Senate is due to debate tomorrow (January 13) whether to make the wearing of bicycle helmets compulsory for adults in France for both bicycles and other means of personal transport such as electric scooters.

Cycling has grown in popularity in France since 2019 and during the pandemic, but helmets are only compulsory for children under 12.

The proposed new law would include a fine of €135 for people who do not wear a helmet.

In his proposal, the Senator said: “Only 31% of cyclists wore a helmet in 2020, according to [road safety group] the National Interministerial Road Safety Observatory…

“Bicycle deaths have increased by 21% since 2010, and the number of injuries on EDPMs has increased by 40% in one year: 62% were not wearing a helmet.

Cyclist safety ‘has nothing to do with helmets’

However, the cycling associations do not support Mr Bonneau’s suggestion, saying the debate is a waste of time because the idea of ​​compulsory helmets is a “false good idea”.

She told BFMTV“The issue of safety is linked to the speed of vehicles and the visibility of cyclists who, although there are even more of them, are better protected.

“It is certainly not [anything to do with] helmets, which are in fact a brake on the practice [of cycling].”

Senator Jacques Fernique, of the Green Party, agrees that wearing helmets should not be a legislative issue. He said: “We don’t want this to become a legal thing. Imagine grabbing someone’s electric bike or scooter just because the rider isn’t wearing a helmet!

From security to economic power

But part of the debate over mandatory helmets isn’t just about safety.

Val-de-Marne MP Guillaume Gouffier-Cha believes the country needs to invest more to help create a stronger economic sector in bicycle manufacturing and the cycling sector as a whole.

He and Ms Rossingol believe more can be done to boost cycling safety in France, and enabling the creation of a strong ‘Made in France’ sector is one way to promote this, the MP said.

He must submit a report on the proposal in the second half of January, with three scenarios proposed to Prime Minister Jean Castex. He said he would base his suggestions on the “Cycling Plan” first launched by former Prime Minister Edouard Philippe in 2018.

Mr. Gouffier-Cha said: “[Cycling] is much broader than an industrial sector, it includes infrastructure, services and different uses such as travel, sport and leisure. We need to move from a global budget to a per capita budget at the same level as other European countries.

He proposes that France set itself a budget of €30 per inhabitant [a strategy that is adopted in many other European countries]instead of the current €10, with the aim of encouraging cycling.

He specifies: “This calculation method stems from the fact that the bicycle is a means of transport in its own right, in the same way as road infrastructure, which represents €271 per inhabitant, or public transport, which reaches €473.

“Bicycling currently represents only 1.3% of investment expenditure in transport,” he said.

On the other hand, the European average is €30 per person. In the UK and Germany the budget is €24 per person, while in much of Dutch-speaking Belgium it goes up to €45.

France has been involved in many debates over whether adults should be required to wear bicycle helmets.

In June 2019, the National Assembly voted against their mandatory nature, although some MPs believe that they are essential for bicycle safety.