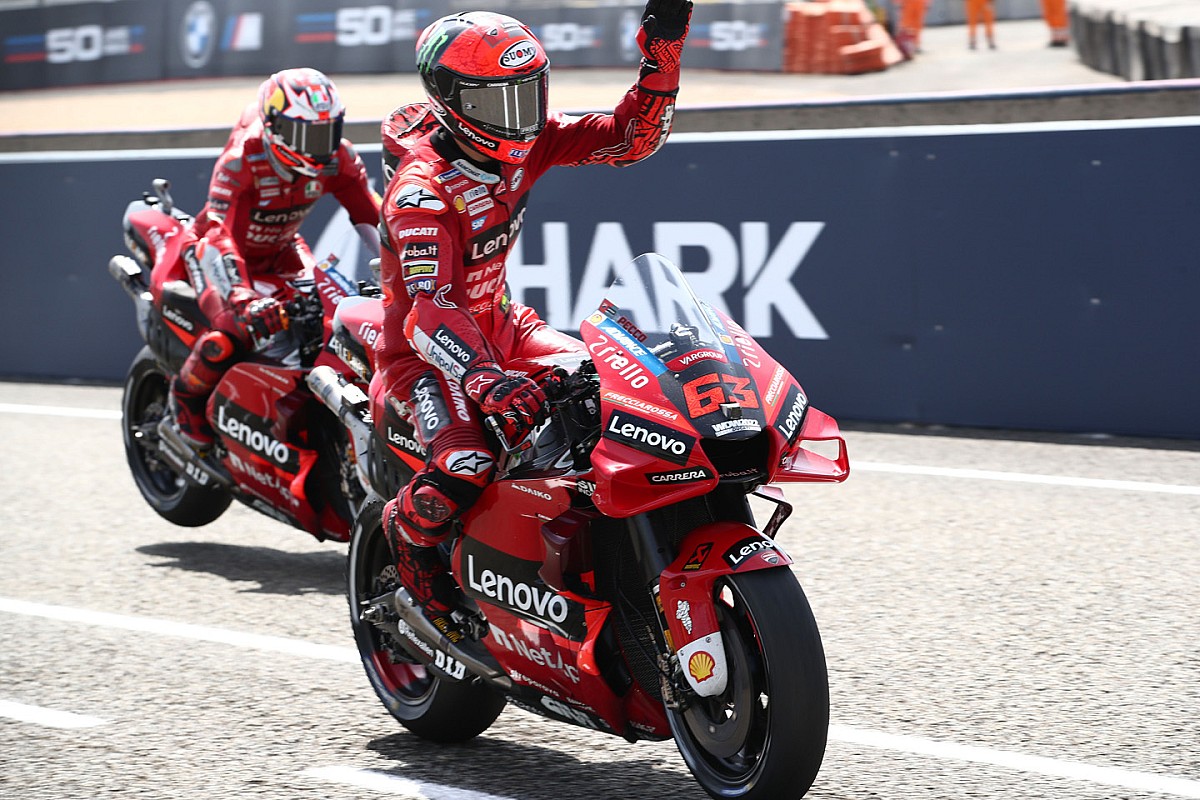 The Italian set a new lap record on Saturday in France to claim his second consecutive pole position and Ducati’s first at Le Mans.

Bagnaia led Ducati teammate Jack Miller by 0.069 seconds at the end, but was unsure if he could challenge for pole in the previous 30-minute FP4 session as he was “struggling a lot” to stop the bike.

But he revealed after qualifying that he took “a gamble” on the setup with his team manager and suspension tech Ohlins, which ultimately paid off.

“First of all this morning I was happy, but when it’s cold it’s easier to go fast on this track,” said Bagnaia.

“This afternoon in FP4, I wasn’t sure about pole position because I was struggling a lot.

“Then in qualifying we made a bet with my team manager and my technician Ohlins, because I didn’t feel well.

“And then after that little change, I started feeling good again like it was morning.

“So the grip was better, I was able to stop the bike better.

“And ultimately, the feeling was awesome. So, I’m happy with pole position, I’m more happy to have found something that helped me a lot.

“I think we are ready for the race tomorrow.”

Photo by: Gold and Goose/Motorsport Images

Bagnaia expects to face reigning world champion Fabio Quartararo again in Sunday’s race, as he did in Jerez two weeks ago, but is wary of rain affecting the grand prix.

“Of course Fabio is the man to beat,” Bagnaia added.

“But I think after that change I made in qualifying, I’m closer now.

“But it’s hard to say now. The forecast indicates that it will rain tomorrow. I hope it won’t be like that.

“If I start well and if it’s dry, I’ll try to attack from the start and manage a gap.

“But if it’s wet, it’ll be a different story. We can’t attack as we want at the start, we have to control the situation more. So it can be totally different.